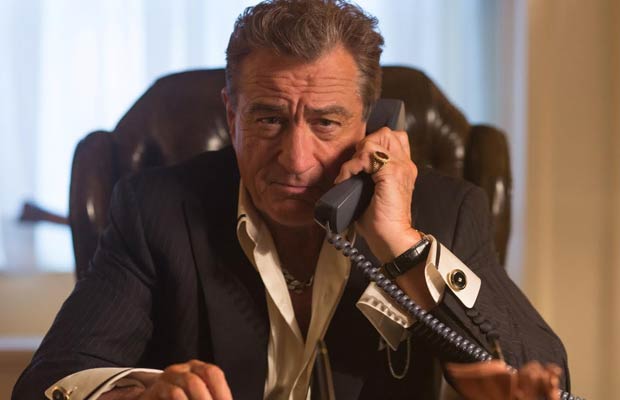 When their attempt to rob a casino owned by the feared gangster Pope (Robert De Niro) goes awry and a shootout ensues, Vaughn (Jeffrey Dean Morgan) and Cox (Dave Bautista) are forced to flee on foot and hijack a city Bus numbered 657 and take the passengers hostage.  Now, in a high speed chase, Vaughn will not only have to outwit the police, led by Officer Bajos (Gina Carano) who are in hot pursuit, but he will have to contend with Pope’s maniacal right hand man, Dog (Morris Chestnut), in order to make it through the day alive.  But we quickly learn that things are not what they seem, and Vaughn has more than one card up his sleeve. After making significant noise in International markets the film is all set to release in India.

There is a great fan base for the action thriller genre in India. Films like the Fast and Furious and The Expendables franchise have been huge success. Dave Bautista has a huge fan following in India since his WWE days. This will be his first release after the massive success of Guardians of the Galaxy and Spectre. Another action star to look out for in Bus 657 is Gina Carano. The tough and gorgeous Gina has recently been seen in the mega hit film Deadpool and was also seen in Fast and Furious 6. The highlight of the film is the legendary Robert De Niro, his timeless charm topped with the menacing characterization in Bus 657 will leave fans wanting for more.

The film has had an interesting journey to arrive at a suitable title. It was initially called bus 757 but the makers thought it could be confused as a plane hijack movie. The film has some amazing chase and action sequences that can keep the audiences at the edge of their seats. The ensemble starcast of the movie is widely known for their action films, Bus 657 is sure to enthrall action buffs as all the current action stalwarts of Hollywood come together to create never seen before high octane action in a heist film.

“Indian audience are big fans of Hollywood action thriller films and are known to have give Bollywood films a run for their money at the box office.   Bus 657 is a great entertainer and I am sure that people will love it. With acting legends like Robert De Niro and real life action stars like Dave Bautista and Gina Carano, there is something for everyone in this film.” said Murlidhar Tilwani, Director, Impossible films Pvt. Ltd.

The film will be released in four languages- English and dubbed versions in Hindi, Tamil and Telegu to reach out to a wider audience. Bus 657 is a welcome change, as the film comes right after the Oscar season where film goers have enjoyed a varied sensitive subject and now a real Hollywood mainstream pop corn flick is sure to get audiences all charged up.[/tps_footer]