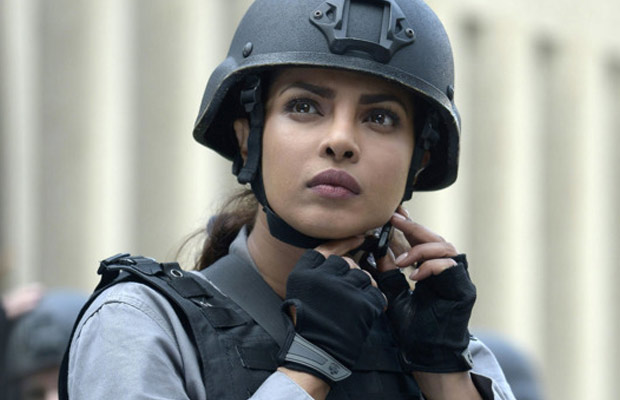 [tps_footer]Bollywood actress Priyanka Chopra is taking over the world day by day. Last year, the actress became the first Indian actress to be cast as a lead actress on American Television. Priyanka made her international debut with ABC Network’s ‘Quantico’ and took the Sunday ratings by storm. Not only did the actress got an American Show, the actress also became the first Indian actress to win People’s Choice Awards as the Favourite Actress in a new TV Series.

The first half of the season has been consistent in the ratings when it comes to Sunday slot. With the international debut, Priyanka Chopra has garnered a lot Hollywood celeb attention and support. ABC Network’s plans to bring more diversity to television worked for Priyanka and now she is a huge star in the west as well.

Now, Priyanka Chopra and ‘Quantico’ fans can rejoice as ABC has picked up the freshman drama for second season. In just 11 episodes, the first half of the season has been largely successful for ABC. The pilot premiered to over 7 million viewers. It didn’t come as a surprise as it was the first freshman drama in fall 2015 line-up to receive full season renewal.

For those who don’t know, ‘Quantico’ revolves around Priyanka Chopra who plays Indian origin Alex Parrish, an FBI recruit who finds herself framed as a co-conspirator in one the biggest terrorist attacks on American soil since 9/11.The show revolves in two time-zones-one where Alex is training to become a FBI agent with other recruits and other time zone where she has been framed for the attack by one of the FBI agents. The show narrates the adventures of the recruits and experiences as they train at ‘Quantico’ base in Virginia, and secrets of their past start to emerge.

The renewal news comes around the time of ‘Quantico’ mid season premiere on March 6, 2016.[/tps_footer]