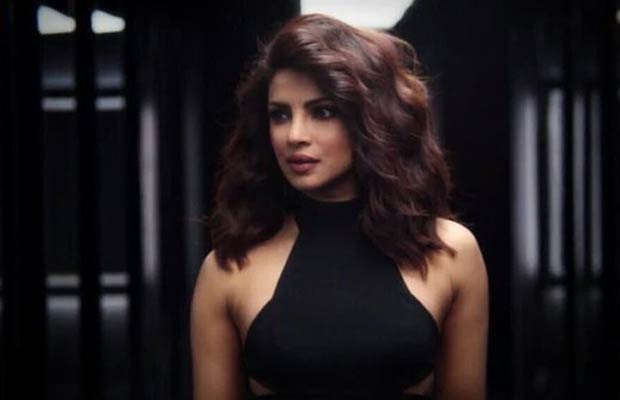 [tps_footer]After capturing the unleashing and hot FBI trainee Alex Parrish in Quantico, Bollywood actress Priyanka Chopra is back with her new avatar in the new season of the American TV show ‘Quantico’. The show, which had got massive response from the viewers and critics, is back with its new season with the entire team.

The earlier season was good enough to make you want to watch one after another episodes and so the official teaser of Quantico’s new teaser has finally been released. Looking at the 30-second teaser, it seems this season is going to be more thrilling and wild. Dressed in flattering black dress, Priyanka Chopra is looking gorgeous yet hot while she describes on the new thriller show. The new teaser shows her telling us what to expect from the new episodes. American actor Jake Mc Laughlin is seen playing Priyanka’s love interest in ‘Quantico’.

The first season of the show revolved around the group of FBI. In the show; Priyanka plays the role of a half-Indian, half-Caucasian FBI trainee named Alex Parrish agent who is training at ‘Quantico’ Base. Priyanka was shown as a  suspected of masterminding the biggest attack on New York City since 9/11, in the first season itself.

Versatile actress Priyanka is currently making headlines for her Hollywood debut film ‘Baywatch’ opposite Dwayne Johnson. Priyanka is one such Indian actress who has taken her name globally now and is setting a new benchmark for everyone.

What you see is important. But what you don’t see may be essential. #Quantico returns next Sunday 10|9c.https://t.co/5nPu2spvbH