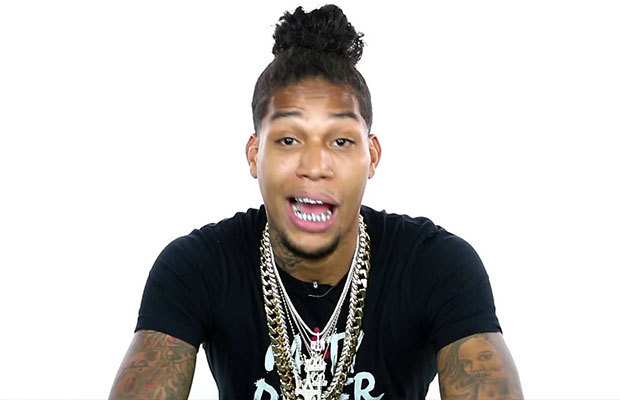 Rapper Yung Mazi who has frequently collaborated with Kevin Gates and Young Thug in recent years, was reportedly shot in the chest inside of a Waffle House in Atlanta early Tuesday morning. We are still hoping that the rapper gets well soon.

Yung Mazi is recovering after being shot in the chest at about 4 a.m. Police said Mazi entered the restaurant and was about to order when he was shot, and the friends quickly rushed him away from the scene, hopefully to the hospital, although police cannot confirm where he was taken.

Hours after the shooting Yung Mazi tweeted, “God made me bulletproof.”,with the praying hands emoji. The rapper said in an an interview with DJ Smallz Eyesposted to YouTube in June that he had been shot 10 previous times.

He said in the interview that he “keeps getting shot” in part due to his skin tone, the fact that “some people don’t like real dudes,” as well as the expensive accessories he wears.

“I might walk around with a quarter-million-dollars-worth of jewelry on,” Mazi said in the interview.

Mazi actually just released his most recent mixtape, Free My Bruddas, last week. He finances his very own record label, STR8 Ca$h Records, which has helped him gain online recognition outside of his hometown of Atlanta.

While the police are still investigating the matter, we wish him a speedy recovery and hopes that he gets well soon.