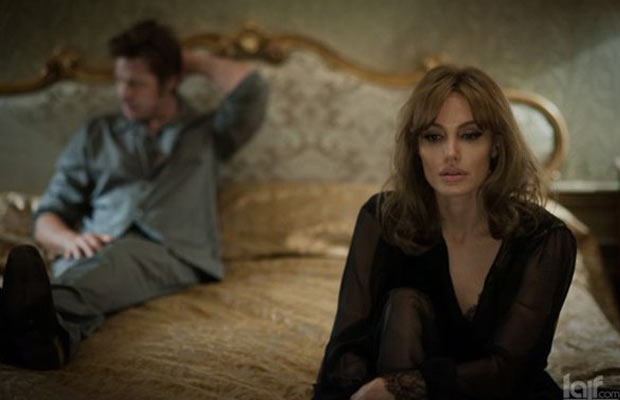 The second trailer for Angelina Jolie and Brad Pitt starrer ‘By the Sea’ is finally out, and it is more intense than ever. The roughly one and half minute trailer sees Angelina and Brad in a really different avatar looking lean and beautiful. From what we see, ‘By the Sea’ is going to offer romance, intense drama, emotional turmoil and much more. Angelina Jolie who has herself directed the film has done a stupendous job on the trailer as well.

Brad and Angelina’s couple is one of the most loved celebrity couples in Hollywood and the duo will soon be seen together in the film ‘By the Sea’ which has been directed by Angelina Jolie herself. Talking about the same Pitt had earlier stated that it is surprising how much he enjoys the direction of his wife. According to him she’s decisive, incredibly intuitive, and quite sexy at her post! Even though not a single word was spoken in the trailer, it moved us with its emotion.

The duo were last seen in the film ‘Mr. & Mrs. Smith’ that released a decade ago in 2005. Since then the Hollywood A-List actors have given individual hits, but not any on screen appearances together. Which makes ‘By the Sea’ all the more special as we will get to see them playing on screen husband and wife who face turmoil in their relationship. The love story is deep in every sense and from the previous interview of Angelina Jolie it is clear that it will be nothing like we’ve ever seen before.

Looking at this trailer here we’re quite sure that is the very case. The film is being produced by Universal Productions. Brad Pitt plays the role of a writer in the film who tries to amend things with his wife (Angelina) during their time at a French resort. The theme is dark, romantic and dramatic – ‘By the Sea’ offers it all.