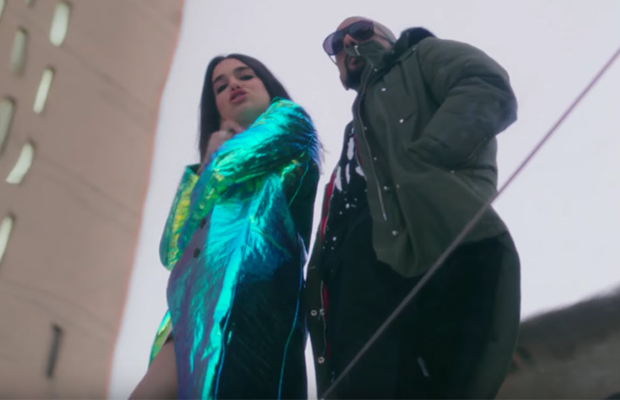 Dancehall legend, Grammy Award winner and much loved hit maker extraordinaire Sean Paul who has spent the last 8 weeks at no. 1 (including the Christmas no.1) on Clean Bandit’s “Rockabye” drops the video for his new brand new single ‘No Lie’. The video, directed by Tim Nackashi (Maroon 5, One Republic) features fast rising chart-topper Dua Lipa who duets with Sean on the track with creative direction from long-time collaborator Tanisha Scott who has worked with Beyonce, Rihanna and memorably with Drake on the Hotline Bling video. ”No Lie” comes hot on the heels of Sean’s standout collaboration with Clean Bandit and his global smash with Sia on ‘Cheap Thrills’ which hit number 1 on the Billboard, no. 2 on the UK charts and has just been nominated for a Grammy.

In 2002 “Dutty Rock” (fuelled by the massive hit singles “Gimme The Light “ and “Get Busy”) went double Platinum in US & UK with worldwide sales of 3,400,000+ while 2006’s “Temperature” reached x4 Platinum in US with sales of over 4m. Over the span of his career, Sean Paul has worked with some of the world’s biggest artists including Beyonce, Rihanna, Nicki Minaj, Busta Rhymes, Sia, Kelly Rowland, Enrique Iglesias and 2Chainz, and has also partnered with reggae and dancehall acts such as Damian ‘Junior Gong’ Marley, Chi Chi Ching, Mr. Vegas, Beenie Man, Ding Dong, Future Fambo, and Tami Chynn. Aside from being a top-notch performer, Sean Paul is a much sought after music producer and has created music with a number of top Jamaican artistes.