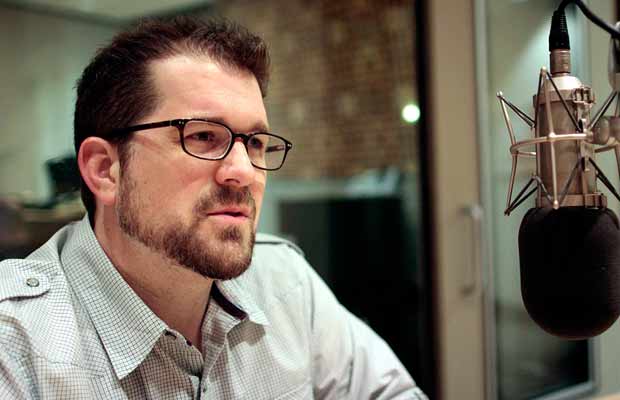 The film is a racially charged courtroom drama based on a true story of corruption and conspiracy that unfolded in the Small West Texas town of Tulia It is being revealed today that Seth Gordon (“Horrible Bosses,” “Baywatch,” “Freakonomics,” “King of Kong,” “Sneaky Pete,” “Atypical”) will direct “Tulia” – a feature film based on an incredible true story and book Tulia: Race, Cocaine, and Corruption in a Small Texas Town.

Seth Gordon commented, “Mubina has found an extraordinary true story that is very relevant in today’s political climate. I’m excited to bring this important and poignant story to a wider audience, to call attention to what happened in Tulia, and to showcase the incredible and heroic work Vanita Gupta did for its citizens.”

In the summer of 1999, in the tiny west Texas town of Tulia, thirty-nine people, almost all of them black, were arrested and charged with dealing powdered cocaine. The operation, a federally-funded investigation performed in cooperation with the local authorities, was based on the work of one notoriously unreliable undercover officer. At trial, the prosecution relied almost solely on the uncorroborated, and contradictory, testimony of that officer, Tom Coleman. Despite the flimsiness of the evidence against them, virtually all of the defendants were convicted and given sentences as high as ninety-nine years. Tom Coleman was named a Texas Lawman of the Year for his work.

“Tulia” is the story of this town; the bust, the trials, and the heroic legal battle that ensued. The diminutive, indefatigable Vanita Gupta and the NAACP team fought a valiant battle against seemingly insurmountable odds to obtain acquittals in 2004 for the majority of the victims. Tulia weaves the stories of the accused into the larger one of racial injustice, poverty, hysteria, desperation and the American war against drugs.

“Tulia” is, above all, an intense legal thriller as told in Blakeslee’s book, which was selected by the Washington Post Book World as one of the eight most important books ever published about the miscarriages of the U.S criminal justice system.

Said Rattonsey, “Seth is a dynamic storyteller, to say the least, and I’m extremely proud to have him direct this movie. Vanita Gupta is the daughter of an immigrant and a very inspiring and strong woman. ‘Tulia’ is her story, and for me, it represents what America stands for – the coming together of minds and hearts for justice. Vanita turned the case around, she won it… I was simply fascinated by her will to do the impossible.”

Gupta has moved on to fight many prominent civil rights battles and was appointed by President Obama as assistant Attorney General for the Civil Rights Division and the top civil rights prosecutor for the United States Department of Justice.