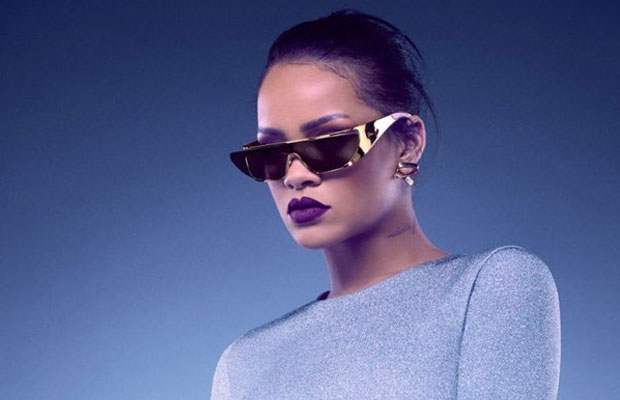 [tps_footer]Rihanna, the versatile performer/singer, also Dior’s brand ambassador has decided to totally slay this summer  and give fashion a brand new statement  as she is working on a new line of sunglasses which will cost you ..err… a bomb!  As WWD reports, RiRi has teamed up with Dior for a new line of futuristic sunglasses called “Rihanna.” The eyewear will hit Dior stores exclusively in early June and will include six variations: silver, pink, blue, green, and red (at $840 a pop). A 24-karat gold-plated variation will also be available for a cool $1,950. Now, that will be up for grabs before we even know it. Remember what happened to the Kylie Lip Kits as soon as they hit the stores!

Can you guess who @rihanna was inspired by for her @Dior collection of #Sunglasses? #StarTrek pic.twitter.com/xYpb9gOmCa

In a statement to WWD, Rihanna reportedly said that she was inspired by Geordi La Forge from Star Trek: The Next Generation, which explains the whole futuristic aspect of the design: “I’ve always been obsessed with his eyewear, and when I got to Dior and saw all the materials I could play with, it all just came together.” RiRi has always stood out in the industry, be it her music or her whacky fashion avatar. We are hoping that this time, she will only take it up a notch higher. Can’t wait for the sunglasses to hit the stores. What say guys?