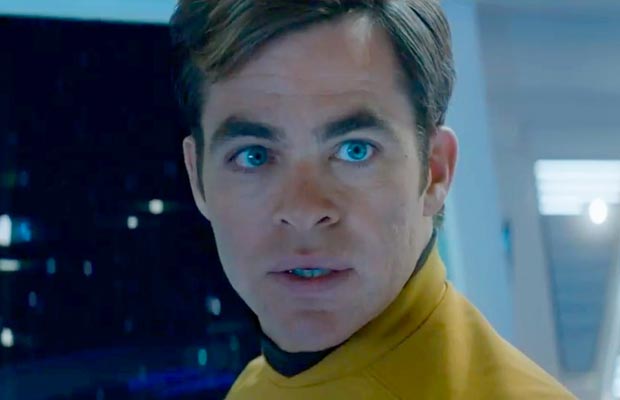 [tps_footer]Captain Kirk, Scotty, Bones, Spock and Uhura are all back for ‘Star Trek Beyond’  trailer-the third movie in the rebooted science-fiction franchise, and it looks like they’re in for more explosive, comedy-tinged adventures. Paramount Pictures released the first trailer of the upcoming movie on December 14, 2015.

Justin Lin, the director of the ‘Fast and Furious’ series, is behind the camera calling the shots as J.J. Abrams was busy directing another huge science-fiction franchise film.  J.J.Abrams steps into a producer role. Also, franchise co-star Simon Pegg is on board as a writer for this installment.

From what we have gathered from the trailer, the new ‘Star Trek’ installment looks more action packed than earlier movies. Justin Lin, who is known to shoot propulsive cinema, has stepped in as a director to make this a larger than life movie. No spaceship, no crew, a couple of monstrous mean-looking alien, witty humour and more action is basically the entire summary of the trailer. And unfortunately, it looks like Justin was hired only because Paramount wanted a major action franchise instead of what they already have: an intelligent science-fiction series. Yes, there’s a throwback to the first movie with the Beastie Boys song, which would have been a better fit in a scene with Vin Diesel and Paul Walker instead of Chris Pine and Zachary Quinto.