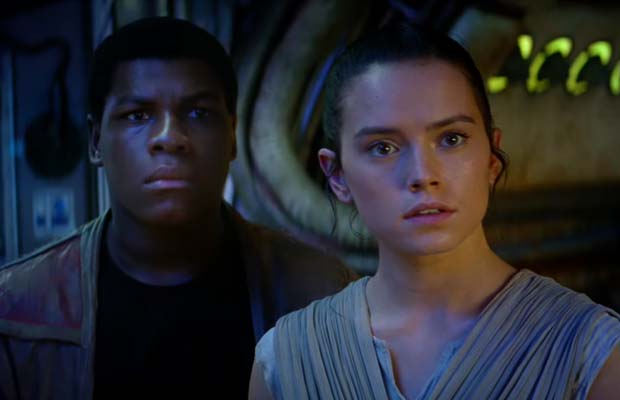 Hollywood movie ‘Star Wars: The Force Awakens’ which is highly anticipated was screened privately for a huge fan who is dying. Apparently the sick patient is Daniel Fleetwood who will now have the opportunity to watch his favourite film series’ latest edition more than a month before its release. Daniel has a deadly disease called Spindle Cell Sarcoma due to which he only has few months to live. To make his wish come true, his wife started a campaign.

It all started when Daniel’s wife Ashley started a campaign on social media with the hashtag #ForceForDaniel which soon started trending and caught the eyes of two of the film’s elite stars Mark Hamill and John Boyega. Both the stars sent their very own request to the film makers, editors and distributors to let Daniel have the opportunity to have a special private premiere of ‘Star Wars: The Force Awakens’.

This is what makes ‘Star Wars’ more than just a movie. The immense love and support the fandom shows for each other can be seen from how Daniel got to make his wish come true with the help of his wife Ashley. Both Ashley and her husband were overjoyed after getting to know that they have actually gotten what they wished for. Ashley thanked director J.J. Abram, Lucas Films and Disney through social networking site Facebook for this wonderful opportunity.

‘Star Wars: The Force Awakens’ is all set to release on December 14, 2015. The film is also known as ‘Star Wars: Episode VII’ which is being made after the last episode ‘Star Wars: Episode VI – Return of the Jedi’ made in the year 1983. The grand visuals and intense storyline showed in the trailers along with the enthralling music proves that the film is promising to its core. ‘Star Wars: The Force Awakens’ is also steady shattering all records in terms of the movie’s pre-release records by raking in millions through online booking.