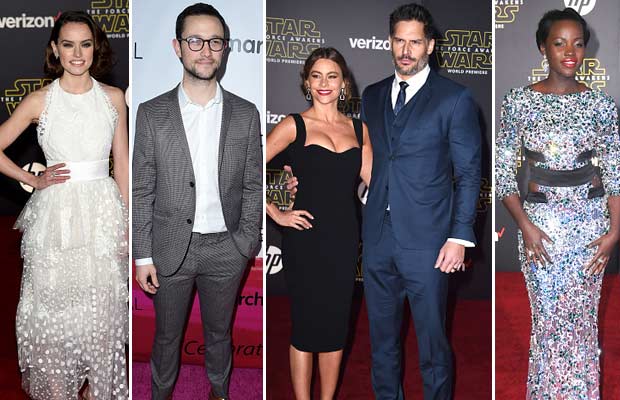 [tps_footer]Hollywood’s much awaited film Star Wars: The Force Awakens had its world premiere in Dolby Theatre Los Angeles on December 14, 2015. Other than the main cast of the film, the premiere was a star studded affair that saw actors like Matthew McConaughey, Joseph Gordon-Levitt, Jason Bateman, Josh Gad, Sofia Vergara and Joe Manganiello among others eager to catch a glimpse of the movie.