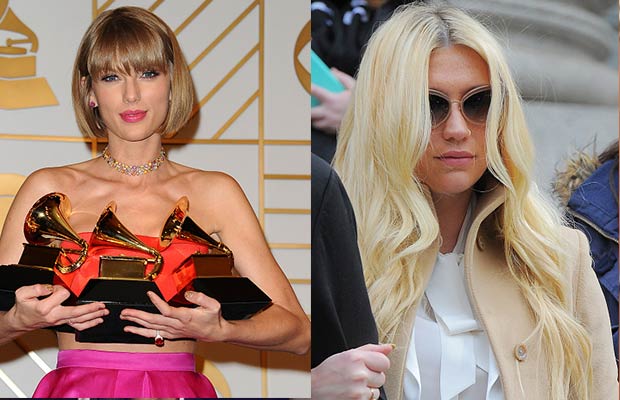 [tps_footer]Hollywood singer Kesha has been in legal trouble for over two years. The singer has been battling in court to find legal remedy to cancel her contract with Sony that forces her to work with her producer Dr. Luke, who she claims had raped her in the past.

In 2014, the ‘Tik Tok’ filed a lawsuit in 2014 claiming she was drugged and raped at the age of 18 by Dr Luke. To this, Dr. Luke responded with a countersuit stating that allegations were false and that the singer just wanted to be released from her contract. On Friday Feb 19, 2016, Kesha broke down in the court when the judge denied her request to cancel the contract. The judge said that Sony would suffer irreparable amount of money if they cancel the contract, but gave her the option of working with another producer.

After all this happened, music sensation Taylor Swift came forward to support Kesha in her time of need. The ‘Shake It Off’ singer donated $250,000 to Kesha as financial aid for her further case proceedings. Taylor’s spokesperson Tree Paine confirmed the news to USA TODAY saying “In a show of support, Taylor Swift has donated $250,000 to Kesha to help with any of her financial needs during this trying time.”

The lawsuit filed by Kesha in 2014 claims that she was sexually assaulted for over 10 years since the age of 18 by her producer Dr. Luke. The judge, on Friday, ruled out the case stating that Kesha’s lawyers have failed to submit any strong evidence regarding the assault and therefore, she would have follow her contract rules. The decision has been postponed for now.[/tps_footer]