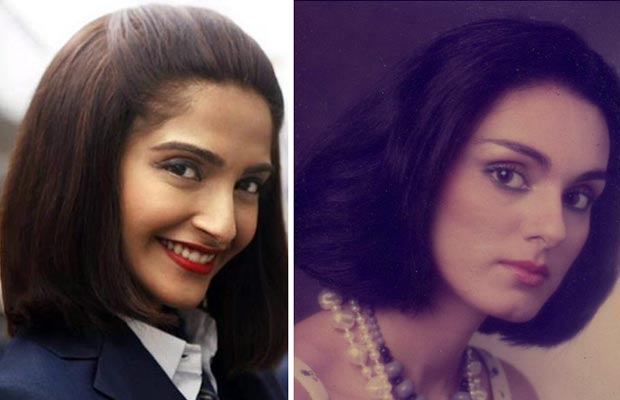 [tps_footer]30 years ago, PAN AM flight was hijacked by terrorists. Flight attendant Neerja Bhanot and other crew members saved several lives during the hijack. It is reported that she managed to save 359 lives from the terrorists, but couldn’t survive the gun shot while trying to save three kids. Years later, director Ram Madhvani decided to make a film to honour the brave soul. Sonam Kapoor portrayed the character of Neerja Bhanot and the film released last Friday Feb 19, 2016.

Since the release of the film, Sonam Kapoor and the makers are being lauded for the film. Critics and audience, who have always thought about Sonam as a fashion icon only, changed their views about her after watching the film. Some have been saying this is, by far, the best performance she has given in her career. The actress effortlessly played the character and seems to have impressed everyone.

While Sonam and makers are being lauded for the film, some crew members who were present with Neerja Bhanot in the hijacked PAN AM flight, think this film had less reality in it. One of the crew members of the flight, Nupoor Abrol, shared her feelings about the film in her Facebook post. She said that Neerja was truly a hero, but other flight attendants were equally brave too.

She said “Yes, truly a very difficult moment. But also a difficult moment for all those flight attendants to accept the movie for what it is unfairly propagating. Neerja was a wonderful person and I think even her soul today would cringe at taking this undeserved adulation. Not fair to the FA’s who have in reality faced their ordeal!” 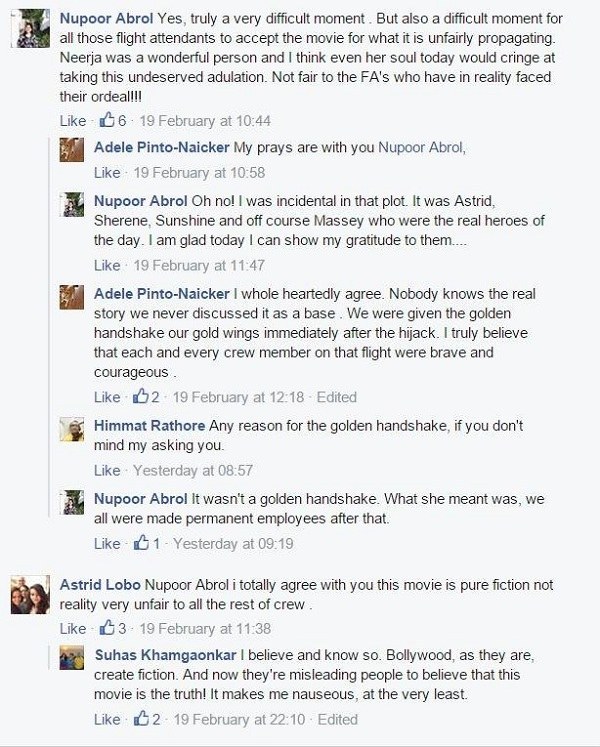 With the film being applauded by everyone in the country, it comes as a shock that film wasn’t completely true.[/tps_footer]