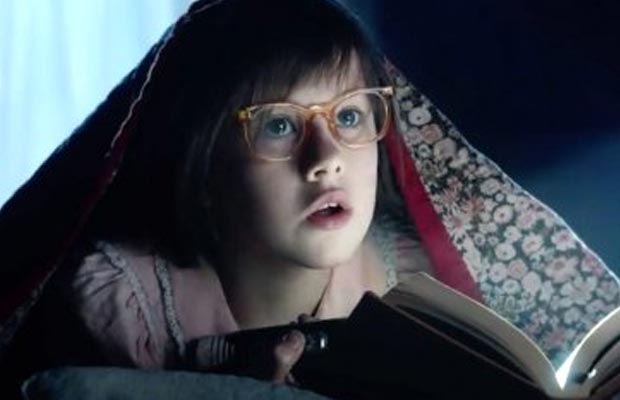 [tps_footer]Disney and Steven Spielberg are all set to recreate the epic book written by Roald Dahl, The Big Friendly Giant, ‘The BFG’. The short teaser trailer released by Walt Disney Pictures gives us a glimpse of the epic adventure that awaits us in 2016. Years after the animated feature film was released, Disney along with the ace director Steven Spielberg have teamed up to recreate this legendary story of a little girl who becomes friend with a giant. ‘The BFG’ teaser trailer will entice you to go watch the movie right away, no matter what age you are!

The nearly two minute teaser trailer has been voiced by Ruby Barnhill who plays the role of the little girl Sophie. The story starts how everyone is afraid of the giants, and no one dares to be awake in the middle of the night due to the fear of being abducted by them. But little Sophie who is a bookworm cannot help but be curious about these creatures and one day daringly decides to peek and get a look at the giant. And that’s when we get a glimpse of The BFG, the big friendly giant, trying to steal food from the garbage can!

‘The BFG’ tells the story of Sophie, who goes on to become the Queen of England and her unusual friendship with a giant who is misunderstood by all. While humans have a habit of condemning all that they do not understand, little Sophie shows compassion and realizes that ‘The BFG’ is not like all the other evil giants. In fact ‘The BFG’ is on a mission to wipe out all the evil giants from the world who have been harming the humans.

Along with Walt Disney Pictures, India’s Reliance Entertainment has also produced the film. The film stars Mark Rylance, Ruby Barnhill, Bill Hader, Rebecca Hall among others and has been directed by Steven Spielberg. The film is all set to release on July 1, 2016. Watch the teaser trailer here: