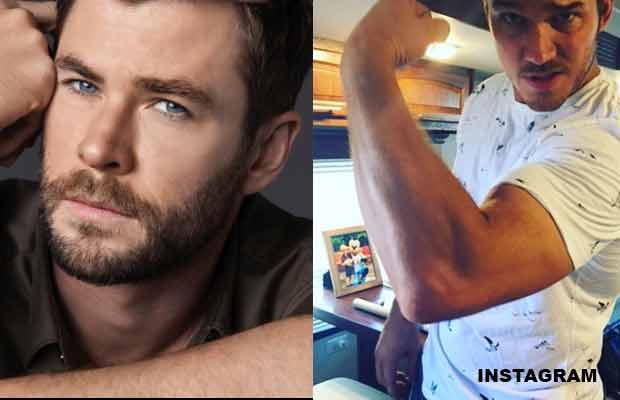 The Actor speaks on his Thor and Avengers co-stars

Hollywood and Aussie hunk Chris Hemsworth stormed the big screen and made an unforgettable impression as the blonde hammer wielding handsome God in the Thor and Avengers series of films, warming upto geeks, women and movie lovers everywhere.

In Marvel Studios’ “Thor: Ragnarok,” Thor is imprisoned on the other side of the universe without his mighty hammer and finds himself in a race against time to get back to Asgard to stop Ragnarok—the destruction of his homeworld and the end of Asgardian civilization—at the hands of an all-powerful new threat, the ruthless Hela. But first he must survive a deadly gladiatorial contest that pits him against his former ally and fellow Avenger—the Incredible Hulk! “Thor: Ragnarok” thunders into theaters on 7th November.

While speaking on his on set experience for Chris revealed he was intimidated by another Chris aka Chris Pratt! When asked about the last time you were intimidated by another man, Hemsworth replied, “The first time I really met Chris Pratt—and went on set with him and the Guardians—I was weirdly shaken. [Laughs] I don’t know why. He’s just so charismatic. And good at what he does”

The actor also revealed his admiration for Thor Ragnorok co-star Cate Blanchett, saying the one thing you wouldnt expect from her is that “She calls you on your shit straightaway. Which is intimidating. You walk in and you’re doing all the usual polite chats, and she’s like, “Chris, what are you doing? Really, that’s the story you’re gonna tell?” And you’re like, “Shit, I’m not going to get away with anything with this lady. I have to drop the facade. You know, she’s Cate Blanchett, for God’s sake! There’s quite a feeling of wanting to impress her. She’s like, “I’m a human being. Act normal.” Before you know it, you’re drinking and telling stories and cracking jokes. She has a wild sense of humor.”