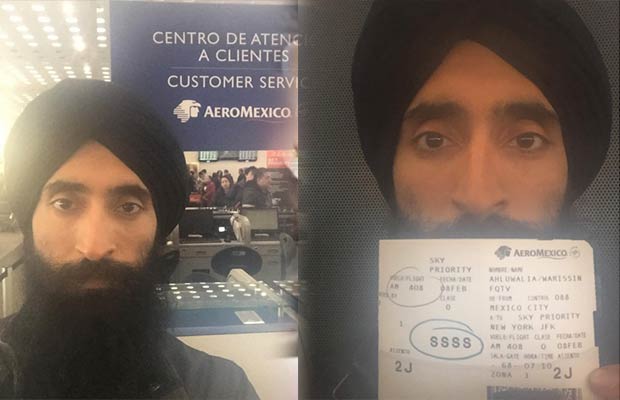 [tps_footer]Sikh actor Waris Ahluwalia, well known for Wes Anderson films and Deepa Mehta‘s Beeba Boy, is a known face in US and a designer as well. Known for his style and fashionable endeavours, the Indian-American actor was barred from boarding a flight home to New York after he refused to remove his turban in public.

Waris was supposed a board flight from Mexico to New York City to attend the New York Fashion Week this week. On Monday Feb 8, the actor took to his Instagram account and shared two pictures in which he mentioned he was not allowed to board the flight because he refused to take off his turban during the security check. 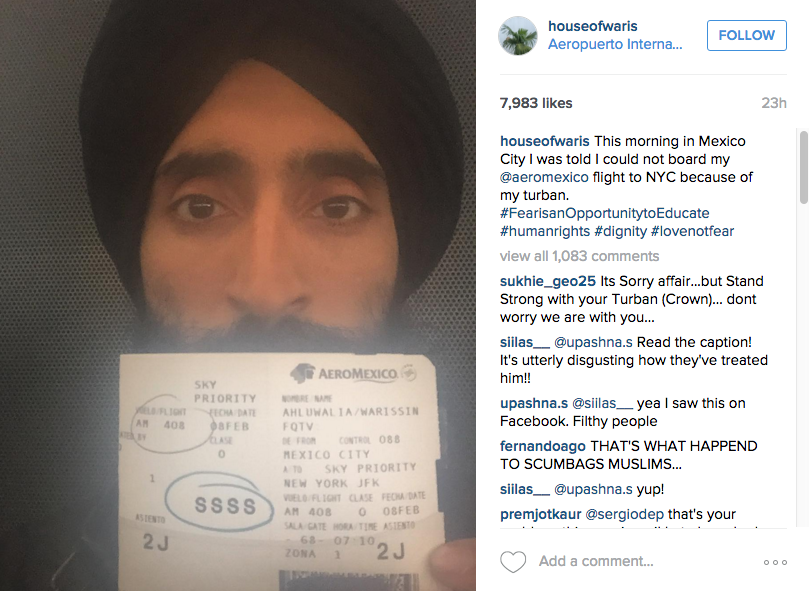 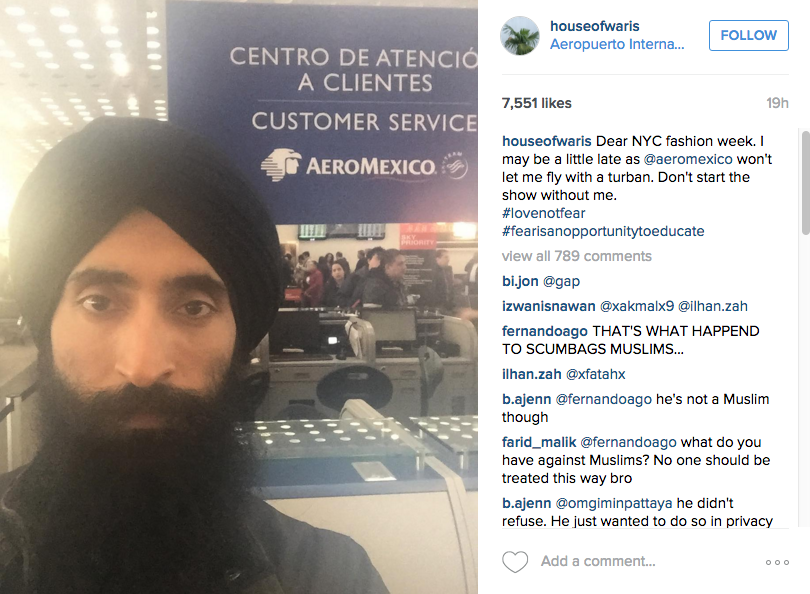 After posting the two pictures from the airport, Waris posted another picture after being stranded for 15 hours. He was still not allowed to board the flight to New York and was asked to book flight on another airline. The act of discrimination is not new to brown people abroad but Waris just wanted the airline to take the responsibility for it and said that it is not acceptable.

The Mexican airline issued a statement late Monday saying that it was obligated to follow federal requirements in terms of security determined by the US Transportation Security Administration to review passengers.

“We are disappointed and concerned that Mr. Ahluwahlia was asked to remove his turban prior to boarding his flight. The turban is an integral part of a Sikh’s identity and removal in public is akin to a strip search. The security personnel involved in this debacle owe Mr. Ahluwahlia an apology and must be trained in cultural and religious awareness,” the Sikh American Legal Defence & Education Fund (SALDEF) said in a statement to NBC News.

On work front, Waris Ahluwalia has starred in the Oscar-nominated film ‘The Grand Budapest Hotel’ and CW television show ‘The Carrie Diaries’. He is also the first Sikh model to featured on a national ad for Gap’s 2013 Make Love campaign.[/tps_footer]