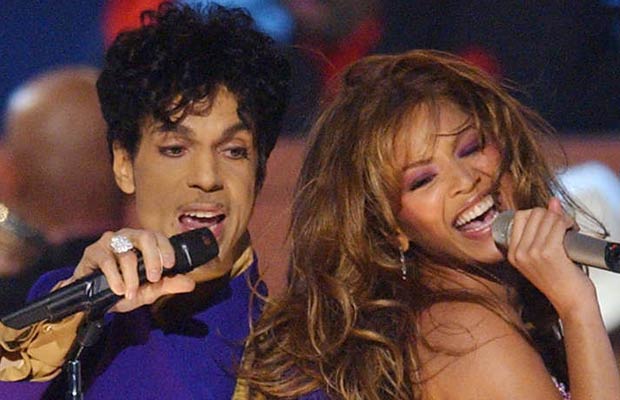 [tps_footer]It came as a shock to entire Hollywood music industry and the world when the news broke that legendary musician Prince had passed away last week. The 57-year-old musician was keeping unwell and suffering from the flu. He died in his elevator in his Paisley Park estate in Chanhassen, Minnesota, on Thursday, April 21. Prince‘s death was mourned by every celeb and every fan and it is still a shock that he is no more with us.

Hollywood singer Beyonce dropped her album ‘Lemonade’ this past weekend and took social media by storm. While some fans were very excited to listen to her album, some thought that Beyonce should have waited for a while as people were still shocked and mourning Prince‘s death.

Beyonce kicked off her Formation World Tour this Wednesday (April 27) with a bang and a sold out first show. As a tribute to the late musician, the singer played Prince‘s 1984 hit song ‘Purple Rain’  and the audience couldn’t be happier. The crowd cheered as the screen turned purple at Marlins Park in Miami. The audience waved the lit phones and sang along the iconic song. She said, “Prince, thank you for your beautiful music”.

Prince and Beyonce had performed together back in 2004 when they opened the 46th Annual Grammy Awards. This seemed very emotional and perfect way to give tribute to the legendary musician.