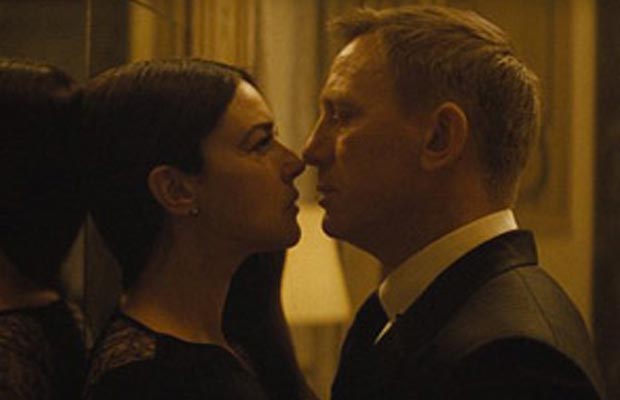 [tps_footer]Hollywood movie ‘Spectre’ had created lot of buzz when the Indian CBFC decided to cut short a lengthy kiss in one of the scenes. After all the mockery made by the people on social media, the deleted kissing scene has emerged on social networking sites and is again trending. Well it looks like no matter what the censorship result is, the people are going to get what they want one way or the other! The deleted scene shows a kiss between lead actors Daniel Craig and Lea Seydoux.

From what we see, the kiss takes place while Daniel and Lea are inside a moving train. The passionate kiss shows lot of chemistry and affection between the two characters and is not just a random smooch out of nowhere. Even if we count, the kiss could not have been more than 30 seconds in all, and even that much is apparently not appropriate for Indian audience. Apparently the film has been certified U/A and for the same reason the board has been more cautious about what will be screened.

Nonetheless the film has managed to grab the attention of Indian audience all the more as ‘Spectre’ has been performing better than any of the James Bond films released previously. This might be because of the increasing number of Hollywood films that are actively being promoted and released in India. Hollywood has become an integral part of India now, and the CBFC needs to accept the same with a broad vision.

‘Spectre’ is the fourth installment in the series of Bond films where actor Daniel Craig plays the role of James Bond. The film released on November 20 and is also known as Bond 24. Watch the uncut version of the kissing scene from ‘Spectre’ here, only at your own risk!