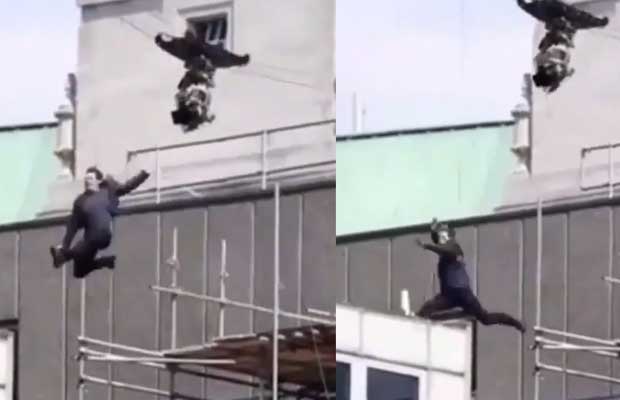 The Hollywood actor Tom Cruise has got himself injured while performing a stunt for the film Mission Impossible 6.

While the sixth instalment of Mission Impossible is good news, there is a bad news for all the Tom Cruise fans. When the actor was recently shooting in London, he was seen limping after the shot was over.

A video has been shared online which sees Cruise taking a leap from a building to another. Although the actor was able to reach and grip the edge of another building, he was seen limping after the shot got over. The stunt had probably gone wrong and that was how the actor got himself injured.

The 55-year-old actor is still known for not choosing body doubles and performing some of the deadliest stunts himself. But what is good is that no news of any serious injury has come up from the sets.

The film had excited all its Indian fans when there was this news of the film being shot in some locations of the country. Earlier, Mission Impossible: The Ghost Protocol had been shot in Mumbai, with the Bollywood actor Anil Kapoor also being a small part of it.

Talking about the work front of the actor, Tom Cruise was last seen in the film The Mummy, with Annabelle Wallis. He is next going to be seen in the film American Made with the actress Sarah Wright.

Also, Mission Impossible 6 is slated to release in the month of July, the next year.

#tomcruise hurt himself doing this stunt for #missionimpossible ?