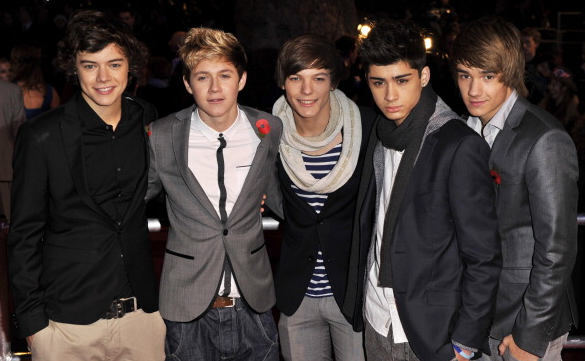 [tps_footer]The past year has been a roller coaster ride for One Direction fans when Zayn Malik decided to leave the band. As soon as he left, the 22-year old started working on his solo career by making his own R&B music.

One Direction released their fifth album ‘Made In The AM’ whereas Zayn announced his first single ‘Pillow Talk’ along with album name ‘Mind of Mine’. Since the battle began, the journey has been quite an eventful one for both the parties. Zayn’s song ‘Pillow Talk’ topped the Billboard charts defeating One Direction. The band has never made to the top but Zayn did it in his first attempt itself. The closest One Direction has reached on being at the top of Billboard is when ‘Best Song Ever’ became No. 2 on the charts.

Well, directioners and Zayn fans can rejoice for now after a clever mash-up surfaced on social media. Eminik Official twitter account posted a mash-up of Zayn’s ‘Pillow Talk’ and One Direction’s ‘End of the Day’ and it feels like the singer never left the band. Edited by Lea Schmid, the mash-up features clips from ‘Steal My Girl’ too. You can see all One Direction members dance and sing in the video and it makes you nostalgic. The music video is cleverly edited and has already been retweeted over thousands times. Directioners and Zayniacs are having the time of their lives watching his video and wondering if the reunion will ever happen in future.

Sadly, the video is just a virtual reunion but it makes you want more of it. We wonder how Zayn and 1D squad feels about the video.