Deepika who is promoting the film with Vin in all key international markets had suggested Vin, to visit India for the promotions of the movie during the shooting of the film.

This morning the actress has taken the excitement of all the fans a notch higher, as she sent out the most adorable tweet in Hindi announcing and welcoming Vin‘s visit to India. 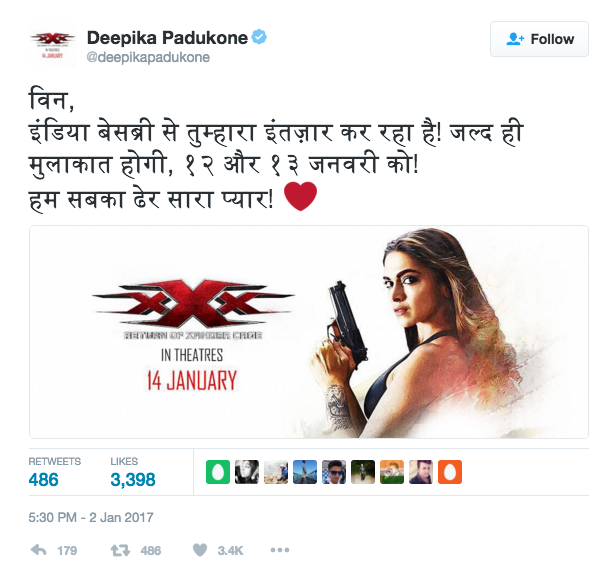 Vin Diesel who has a huge fan base even in India and has delivered top grossing collections for a Hollywood Film in the Indian market, with his Fast and Furious Franchisee, is all set to create a fan frenzy with his visit to India.

Now with the sizzling duo, Vin and Deepika promoting the film together in India, it surely qualifies for a double treat for the fans.

Given the crackling chemistry and great rapport shared by Vin and Deepika, the news has built up umpteen anticipation.

Deepika Padukone‘s action avatar has been garnering immense praises for the actress across all quarters.