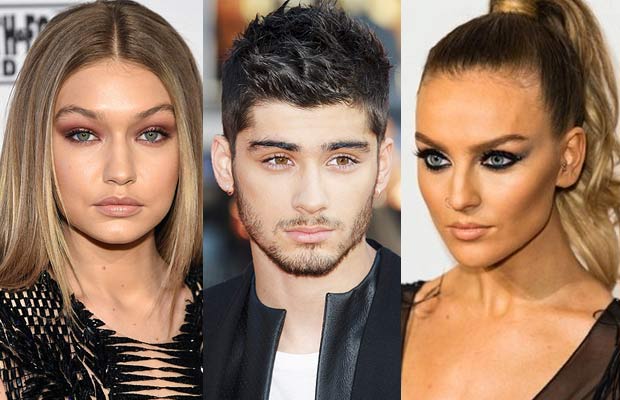 [tps_footer]Zayn Malik and Gigi Hadid are always drenched in love. The two much in love celebs are now encountering some grave problems. As we all know Zayn ended his long term relationship with Perrie Edwards and immediately hooked up with Gigi. The two stars Zayn and Gigi have been too vocal about their relationship since the time they have started seeing each other.

After Zayn Malik and Perrie Edwards’ much public break up, the Little Mix star has surely moved on from the same. Perrie was nonetheless very emotional after parting ways with Zayn. The talented singer also broke down on stage while performing at an event.  Perrie is currently single and was nowhere in the picture until now.

Various reports suggest that the former One Direction artist was caught texting ex-flame, Perrie Edwards, recently. Speculations making rounds suggest that Zayn and Gigi were lying down when Hadid caught him texting Perrie Edwards. Gigi realized that the two were still in contact with each other and was evidently upset.

A while ago, there were reports that the Pillow Talk hunk is still stuck in the past with his relationship with Perrie. It was also stated that Gigi is apparently insecure about the current relationship. Well, it is hard to digest the fact that Zayn Malik is cheating on Gigi after their intense Vogue shoot.

The reason why Perrie and Zayn were texting each other is still unclear, it is assumed that because they stayed together for a long time there may be some material belongings which they need to figure out. Now whether Zayn Malik is cheating on Gigi Hadid or no is hard to tell. Moreover, is Zayn still lost in the thoughts of his ex-flame?[/tps_footer]