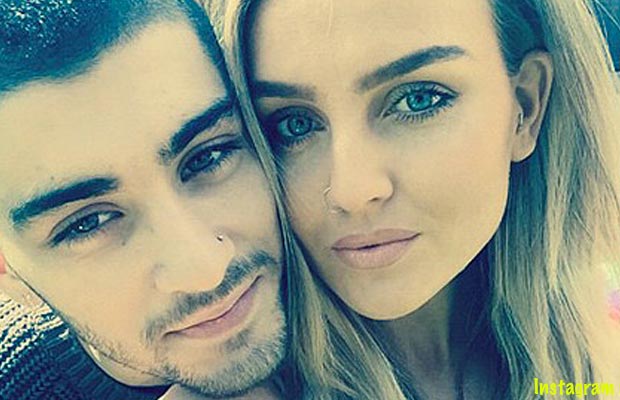 [tps_footer]Zayn Malik and Perrie Edwards are always in the limelight for their dicey rapport. Zayn dumped Perrie after dating her for four years. The two were soon going to get hitched but things turned ugly. Zayn did not retain his single status for a long time and started dating Gigi Hadid. Zayn and Gigi publicly proclaimed love for each other and were also not behind in flaunting their affection.

Reports recently were rife with the fact that things are going bad between Malik and Hadid. Apparently, Gigi is insecure about Zayn and Perrie’s long past and the things now and then crop in their relationship. It was also rumored lately, that Gigi and Zayn are parting ways but nothing of that sort happened and the duo got back together after the minute tiff.

Currently, the Pillowtalk singer is making news for rekindling friendship with the Little Mix star. Reports suggest that Zayn Malik eagerly wants to be friends with Perrie Edwards. Edwards on the other hand had blocked Zayn’s number earlier but the two are again in talking terms. It is being said that Zayn is not looking out for a relationship with her but still wants to be her friend. The handsome hunk is trying his best to win her heart again, all for the sake of friendship.

On the other hand, Perrie Edwards is not keen for the same and her friends have advised her not to even be in contact with him. Well, with this complicated scenario, Gigi is trying her level best to keep her relationship with Malik strong; the gorgeous starlet is nonetheless worried.

Well, this hand of friendship might prove to be a bad one for Zayn and Gigi’s relationship![/tps_footer]