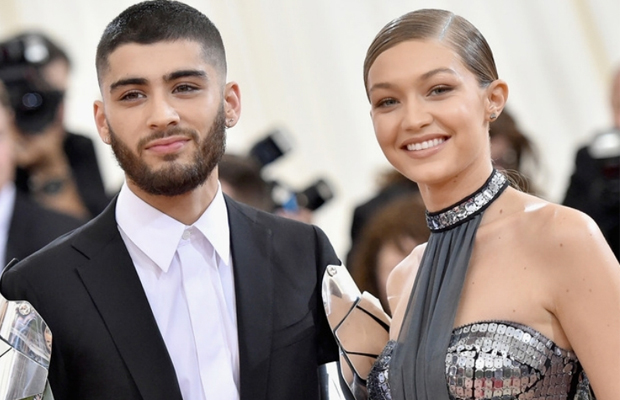 The 21-year-old supermodel was seen flaunting her silver band on left hand’s ring finger or at least she was not taking efforts to hide it either as she walked along keeping her eyes covered with a pair of oversized sunglasses. This has sparked off her engagement rumours with PillowTalk hitmaker Zayn Malik.

Hadid was walking home after grabbing lunch at The Smile in Soho when she was spotted wearing the ring.

Apparently Zayn had proposed to Gigi for marriage recently. However, she turned it down citing reason that she is too young for it. A source was quoted by Life and Style stating, “She’s only 21 and doesn’t feel ready to tie the knot, so she turned him down. She’s seen her mum [Yolanda Foster] go through two messy divorces, so Gigi wants to make 100% sure Zayn’s the one before she makes a lifetime commitment.”

Theirs hasn’t been a smooth relationship. The couple almost called quits in early 2016 before reconciling and continuing their relationship as summer began. But now it seems the loved up duo could be planning their future together right this moment. Last month the couple shared a rare picture of themselves together and fans of the couple went wild.

Zayn was last engaged to Little Mix singer Perrie Edwards, but he called it off in August 2015.