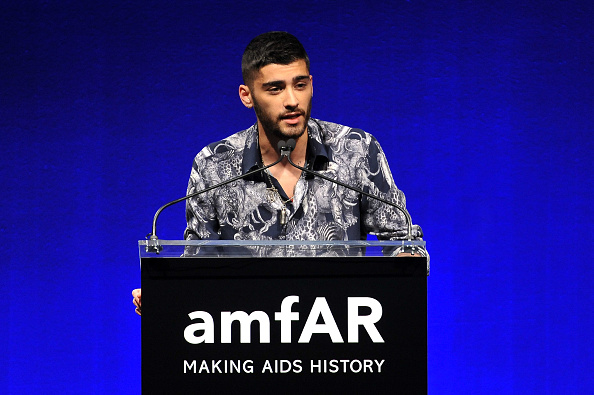 [tps_footer]Zayn Malik has undoubtedly become the most known member of the boy band ‘One Direction’. He is famous, young, sexy and back together with Gigi Hadid. While the singer and the supermodel had parted ways a few weeks ago, they’ve made up and all is right again with the world! In May this year, the couple had stepped out looking like a million bucks and attended the Met Gala. While Hadid is no rookie when it comes to the Met, this was Zayn’s first time attending the Met Gala.

What made waves about this appearance though was not the fact that it was Zayn’s Met debut. The fact that Zayn was sporting some kind of metallic sleeve of armor was what earned him headlines. Some thought it was edgy, spunky and inspired where many others thought it was a sad attempt at standing out and that the arm looked tacky. Well, to each his own.

However, one interesting and rather shocking revelation about the sleeve came from Zayn himself. In a recent interview, Zayn spilled the beans and admitted that he was the creator and designer of the risky piece. The boy band singer was asked by none other than Donatella Versace to design his own outfit and Zayn rose to the challenge like no other. The sleeve was inspired by a video game series called Jax and while many people online had nasty things to say about it, he thought it was cool.

He admitted that dressing up in a suit was easy and that the sleeve was his attempt at mixing things up a little.[/tps_footer]