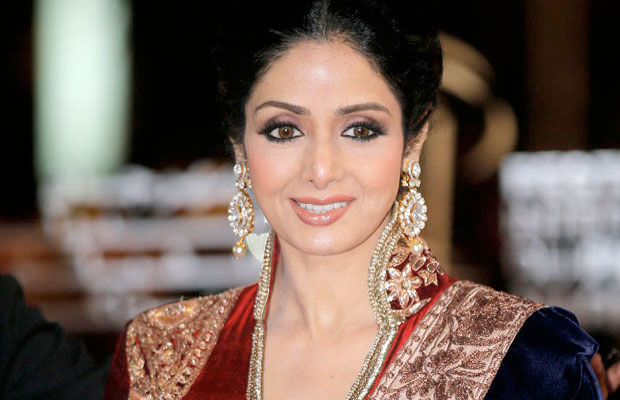 [tps_footer]A name that has been synonymous to talent and effortless style, Sridevi has been an actress par excellence who is deservedly known as the first ever Female Superstar since the start of her career. A career that spans a spectrum of films in multiple genres and languages, it comes as no surprise as the International Indian Film Academy will be honoring Sridevi with an IIFA Award for Outstanding Achievement in Indian Cinema. The Award will be presented to the superstar at the NEXA IIFA Awards held during the four day long Videocon D2h IIFA Weekend from 23rd to 26th June 2016 in Madrid, Spain.

A longtime friend of IIFA, the actress previously performed on the IIFA Stage and this time, fans will get to see her at Madrid once again as she receives the IIFA Award honoring her past work and the lasting imprint it has left on Indian Cinema. The IIFA 2013 stage saw Sridevi take on dance guru, Prabhu Deva and the two enthralled audiences with their fancy footwork to some of the icons biggest hits.

Sridevi has had a long and impactful career in the Indian film industry with a number of her films receiving cult classic statuses. Her work in films has been recognized and applauded in not only the Hindi film genre but also for her work in the South Film Industry and she is a personality that is appreciated by the Indian diaspora not only in India but across the world. A true veteran, she is the only actor to have made a successful comeback even post getting married, who can still land a lead role and continues to make an impact in the industry through films like ‘English Vinglish’.[/tps_footer]