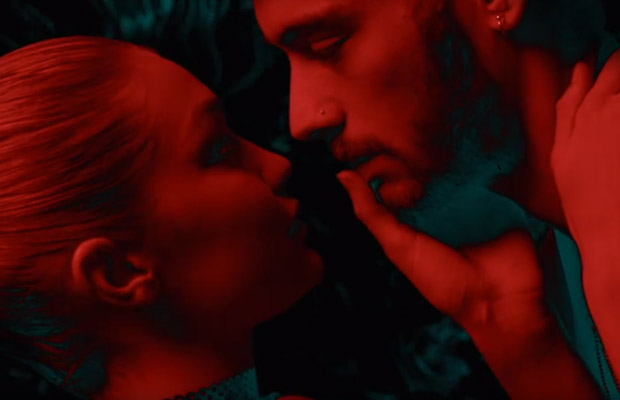 [tps_footer]Former One Direction singer Zayn Malik is back in news and this time for his music. Since the day the singer had quit the band, all the One Direction fans have been waiting for the new music. Well, good news for all the Zayn fans. The singer has released his first solo track ‘Pillow Talk’ today on January 28, 2016.

Zayn Malik dropped his first single and music video on the same day. ‘Pillow Talk’ features a dark twisted love story between two people. The singer’s new sound is bloody amazing. Get that reference? The music video features Zayn’s alleged girlfriend Gigi Hadid. The 23-year old star is seen fighting, kissing and getting intimate with the 20-year old supermodel. Though Zayn said in an interview that Gigi is just his ‘Good Friend’, the music video tells a whole different story. The video is very artistic, dark, steamy and needs to be watched more than once. It is also said that the song was written when he was engaged to Little Mix singer, Perrie Edwards.

Zayn, who has  taken his first step in his solo career, also announced that the title of his album will be ’Mind of Mine’. The album will have 17 or 18 songs on it. Well, the Bradford boy surely sounds amazing in his new sound and we are excited to watch what he has in store for us.