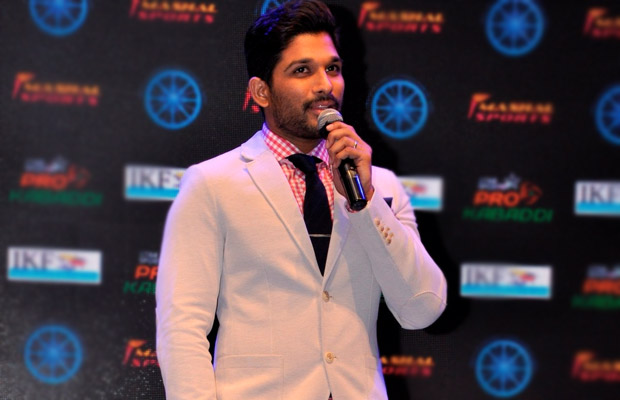 Allu Arjun is all set to enter into the Tamil film industry. The actor already has a huge fan following and after loads of wait, he has finally announced his Tamil debut. The talented star has worked with the Telugu industry for almost 10 years. He has done 16 films already and the actor is now prepping up for his first Tamil film.

The Tollywood actor has time and again expressed his desire to work in Tamil films. Finally, things have fallen into place and Allu Arjun will be seen in a film directed by Lingusamy. The movie is yet to be titled. The actor has always been inclined towards Tamil cinema as has he has lived there for nearly 20 years.

The star announced his debut at an event held recently. Producer K E Gnanavel Raja was also spotted at the same. The untitled film is already making rounds for its strong story line. The makers are confident that the film will make a mark for its concept.

Well, Arjun also expressed to the media not to compare his Tamil debut with ‘Paruthiveeran’. The superstar said, “It was a classic and one-time magic, which had already happened. I won’t be able to match that.”

The film’s progress was dicey until now but it is now confirmed. The movie will go on floors next year in February.