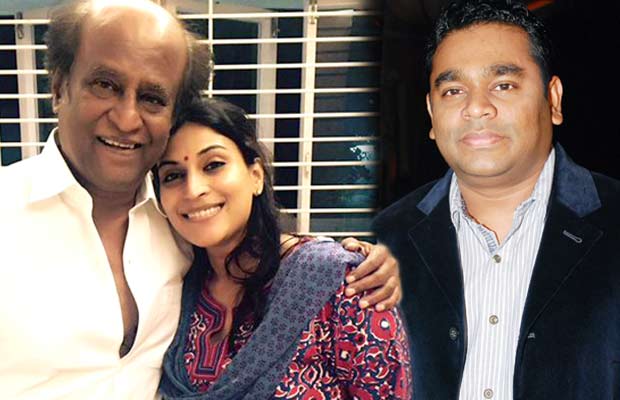 [tps_footer]If this happens… Then it will surely be one of the biggest project of the year 2016. Director and daughter of Rajinikant, Aishwarya Dhanush has strong plans to shoot and successfully release a documentary titled “Cinema Veeran“.

It will be based on the works of different stuntmen of Tamil Film Industry and it’s a big tribute to all the stuntmen and for their work which a lot of times, puts their lives in trouble and danger to perform breath taking stunts and such life-risking action sequences that a lot of times even the A listers will refuse to do. A very good and a humble thought to make a documentary on stuntmen and give them the credit for their hard work that usually gets unnoticed in the Glamour World.

Official announcement was made about this documentary on twitter by Aishwarya R Dhanush.

#CinemaVeeran.a documentary which is my humble dedication to the stuntmen of tamil cinema. True unsung heroes. ?? pic.twitter.com/cU5KmMfK0Hâ” 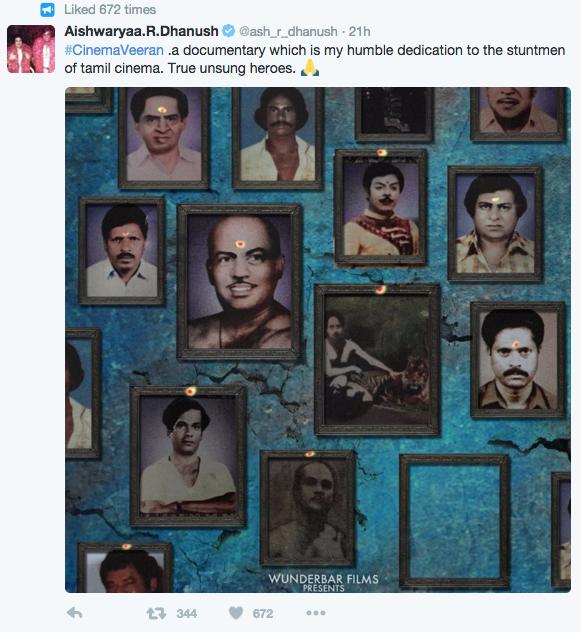 It’s been reported, this documentary will be produced by Dhanush under his own production house Wunderbar Films and there are chances of Aishwarya roping in her Superstar father Rajinikant to lend his voice for this documentary. Don’t know if he will sing any feature song or a promotional song. But it’s buzzing online that he will do the voice over in this documentary and A R Rahman will give the background music.

A tweet shared by A R Rahman confirming his collaboration on this documentary.

All of this already sounds so good. Wish it happens the same way as it’s reported. We all will have a new look at the different genre of movies called “Documentary”. Hope this will be watched by many people. If we can sit for a 2 or 3 hours for masala flicks then we can surely have a couple of mins to watch a documentary that is a tribute to hard work and dedication of stuntmen. We are looking forward to it, are you ???[/tps_footer]