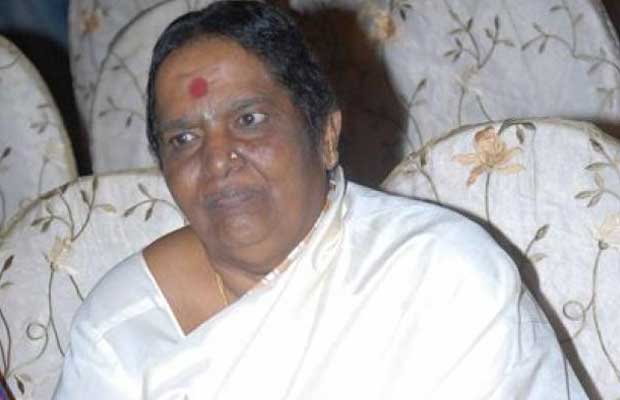 Parvathamma Rajkumar, a Kannada film producer and wife of late Rajkumar, passed away at the age of 77. Parvathamma Rajkumar took her last breath at 4.40 am on Wednesday at M S Ramaiah Memorial Hospital. According to reports, her three sons Raghavendra Rajkumar, Shiva Rajkumar and Punit Rajkumar were at her bedside when she breathed her last.

Reportedly,  Parvathamma Rajkumar was suffering from breast cancer and the condition has become too critical after it had spread to her liver and lungs.

Parvathamma Rajkumar has produced over 80 films and launched her three sons as film stars. Her most successful films with her husband in a lead role include Trimurthy, Haalu Jenu, Kaviratna Kalidasa and Jeevana Chaitra. She produced Anand, Om, Janumada Jodi, and several other movies with her older son Shiv Rajkumar in lead role.

Fans of Kannada cinema and many celebrities came out in large numbers to pay their last respects to Parvathamma Rajkumar.

Saddened to hear the demise of the Iron Lady of Kannada cinema, Mrs. Parvathamma Rajkumar. My deepest condolences to the entire family. pic.twitter.com/CBR4pr9Cd5

Sad to hear the demise of #ParvathammaRajkumar. Strength to the family of Rajkumar. May her soul RIP

Another beautiful soul has departed. #ParvathammaRajkumar mam, u will be missed! Strength to the family! ?

May your soul rest in peace Parvathamma Amma, so wonderful to have known such a strong and beautiful woman??strength and love.

Parvathamma Rajkumar will always be remembered as a quality producer who took KFI to some unchartered territories with the movies she made.