The question that has been daunting everyone since 2015 is ‘Kattapa ne Baahubali ko kyu mara?’ (Why Kattapa kill Baahubali?) As the fans await the sequel of the 2015 magnum opus Baahubali – the Beginning, the actors are leaving no stone unturned for the preparation to make the movie grander than the first one.

Recently, Rana Duggabati, who plays the main antagonist Bhallala Deva shared a shirtless picture of himself on social media all beefed up flexing his muscles at the gym. He has been training extremely hard for the past 5 months on his look of Bhallala Deva for the second film. This Dum Maaro Dum actor looks like a total beast all ready to fight and emerge as a fiery winner against Prabhas’ character, who plays the main protagonist in the film.

Elaborating on his aging in the movie, Rana said that the younger Bhallala Deva was stronger and more beefy so he weighed around 108-110 kgs for those parts of both the films while his younger version is strong too but leaner so he had to lose a few kilos for that. His weight has now dropped to 92-93 kgs!!

He also learnt martial arts for the first film and continues training for the second as well. The output you see is not just by doing cardio and weight training but also involves following strict diet regime. His diet has been high on carbs and protein but without any oil. Also, he has been instructed to eat every two and a half hours!!

The length of which the actor has gone to justify his role and get into the skin of the character is indeed commendable.

The film is directed by SS Rajamouli also stars Tamannah Bhatia, Anushka Shetty, Ramyakrishna and Sathyaraj in central characters is set to release on April 28, 2017.

Also, the logo of Baahubali – The Conclusion was recently unveiled. It carries the famous tagline: Why Katappa killed Baahubali and the first look of this sequel will be launched on October 22, 2016. 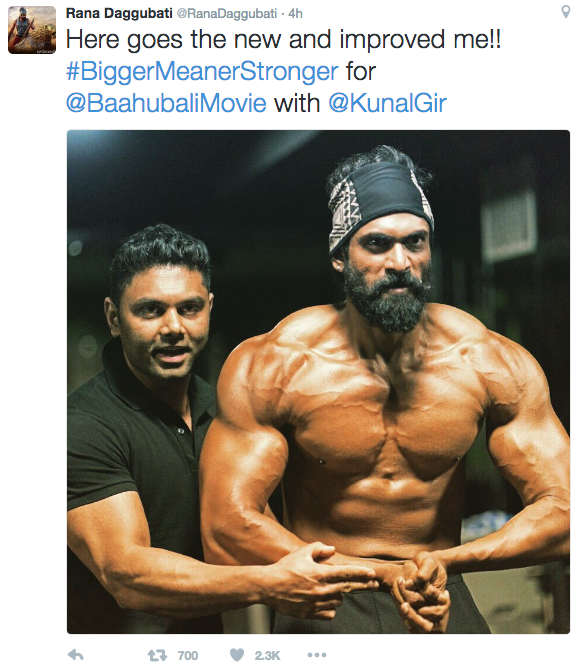 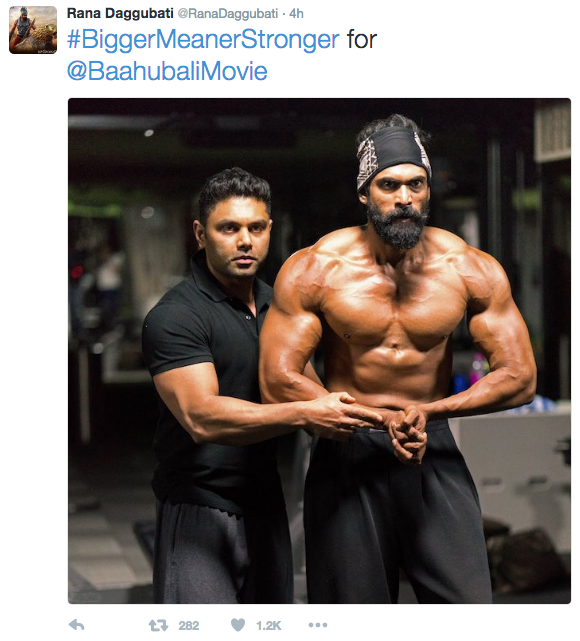