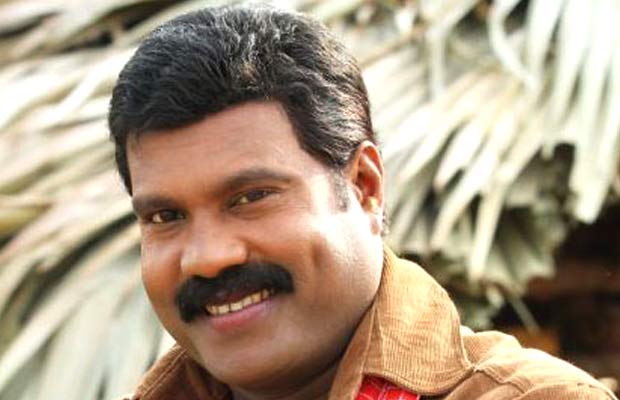 [tps_footer]Kalabhavan Mani is a versatile and a very popular actor and singer of Malayalam, Telugu and Tamil film and music industry. He started his career as a mimicry artist in Kalabhavan, Kochi. He started his acting career in the Malayalam film Aksharam as an auto driver. And very few know that he was once an auto rickshaw driver from Chalakudy. He has acted in more than two hundred South Indian movies and has given the best of performances to remember. Indeed a true theater artist !!

His first serious role was in the film Vasanthiyum Lakhsmiyum Pinne Njaanum. His first album was Kannimanga Prayathil. He has since established a parallel industry of nadan songs selling a record number of releases. He has also released a few religious songs and Mappila Pattukal, which was not very successful in the market. Mani started his acting career on silver screen by portraying comedic roles primarily in Malayalam films which later shifted to serious roles, and he increased the horizon of acting skills and proved his caliber as a performer.

For his terrific contribution in the world of cinema, he has won the National Film Award and Kerala State Film Award in 1999 for his performance as Ramu in Vasanthiyum Lakshmiyum Pinne Njaanum, Best Villan (Tamil) for Gemini, Best Actor in a Villain Role for Chotta Mumbai, Special Jury Award and many more.

There is no specific reason disclosed yet, for his death at the age of 45, at Amrita Hospital in Kochi. Post mortem reports will be available by 7th March but it’s said that he suffered from sudden onset kidney and liver failure. His death remains a mystery and is being investigated by Kochi City Police. His death led to reactions from many of his co-stars in the Malayalam film industry and the rest of the South Indian film industry and we have some of the reactions to share with you,

Suriya Sivakumar,
#kalabhavanmani Respects to a great performer!A Good friend. Will cherish time spent with him! Rest In Peace sir.

Prithviraj Sukumaran,
You will be missed forever Mani Chetta! Some of my best memories on sets during the early stages of my career are with this man ! Rest in peace!

Dulquer Salmaan,
RIP Mani chetta ! A huge loss to our industry. Have always had such warm interactions with him. Can’t believe it..

Shashi Tharoor,
Shocked by the demise of Kalabhavan Mani. I witnessed him rowing in the Nehru Trophy Boat Race just five years ago. RIP

Raai Laxmi,
Yet another sad news n a big loss to the industry versatile actor #Kalabhavan Mani is no more with us #shocking ! Life is so fragile #Rip

Vimala Raman,
Really sad to hear the loss of a gift to the film industry #kalabhavanmani sir Wasan honour to have worked with you in a few films, RIP sir

Kalabhavan Mani sir, you will always be remembered and cherished for your dedication and passion for movies, stage, music. Rest In Peace !
Rest In Peace[/tps_footer]