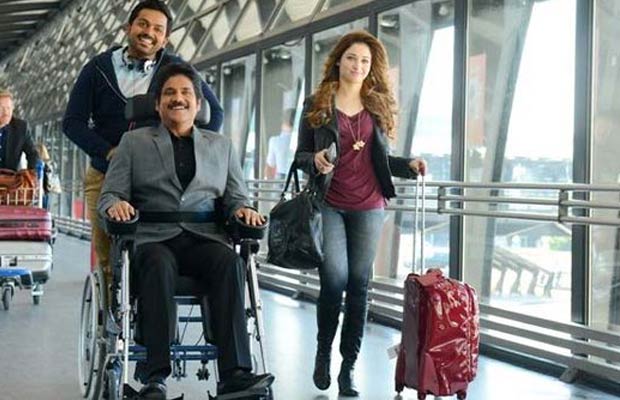 [tps_footer]Finally here’s the official trailer of Karthi, Tamanaah Bhatia and Nagarjuna starrer Oopri and Thozha, produced by PVP Cinema. The trailer of the film has been released in Tamil and Telugu, named as Oopri and Thozha. There is no difference between the two dubbed version trailers and are equally enjoyable.

The film is a family drama and is a celebration of life, showcasing the relationship and bonding between two individuals from two different backgrounds and the emotional journey they undertake. Vikram Adithya, played by Nagarjuna, is seen as a rich millionaire while Sreenu, played by Karthi, is a slumdog who is in search of happiness and money.

There would be a lot of madness and fun when these two individuals will come together. Actress Tamannaah Bhatia looks amazing and promising like always. The visuals of the trailer are jaw dropping with huge mansion, crazy car race sequence and beautiful scenes of Paris. The trailer of the film has already created hype soon after its release.

The film is directed by Vamshi Paidipalli and the rest of the star cast includes Prakash Raj, Vivekh and the late Kalpana. The film releases on March 25.
Here are the two different trailers!