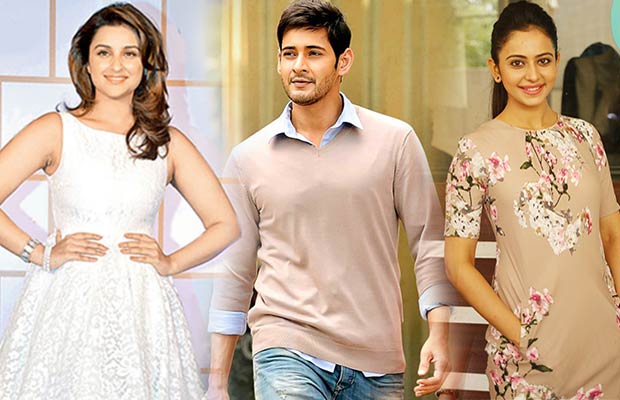 [tps_footer]Parineeti Chopra was signed opposite mega star Mahesh Babu for his upcoming film. The chirpy actress has now left the film due to unknown reasons. Parineeti’s loss is now a gain for actress Rakul Preet Singh. Reports state that Rakul Preet Singh is now being considered for the project.

The Mahesh Babu starrer film is yet to be titled. It is a Tamil and Telugu bilingual project. The film will be directed by A R Murugadoss. Parineeti has been out of the limelight currently. The starlet will now be seen in the film ‘Meri Pyaari Bindu’ opposite Ayushmann Khurrana.

The reason for Parineeti’s exit from the massive project is not yet known and the actress has not even expressed about the same. On the contrary, Rakul Preet Singh has already completed her test shoot for the untitled movie.

The concept of the film is kept under wraps as of now. The film will go on floors in August. The untitled film is helmed by Tagore Madhu. The music for the film will be given by Harris Jayaraj. The film is assumed to be massive one with the budget of around 90 crore.

The yet to be titled film will be shot majorly in Mumbai.[/tps_footer]