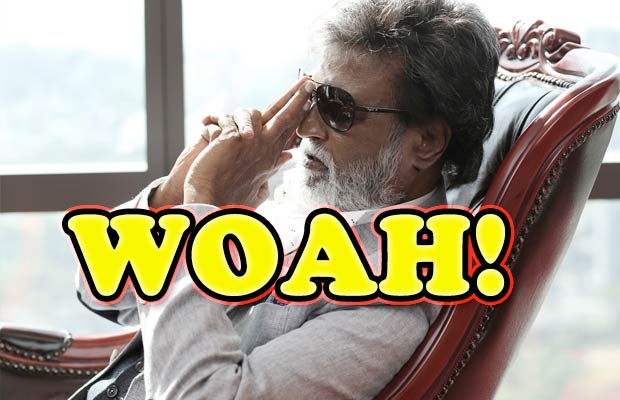 [tps_footer]Rajinikanth will flaunt his talent on the silver screen once again with his film ‘Kabali’. The superstar who has generations of fans has once again proved that when it comes to super hits no one can beat him. ‘Kabali’ which is yet to be released has already set a high benchmark.

Reports suggest that many distributors are battling for the rights of this film and with all the collections the film has already reached the peak figure. ‘Kabali’ will be the first film to release in 5000 screens across the world. The movie is one of its kinds as it will be dubbed in Malay, Chinese and Thai too.

The viral fan following of Rajinikanth has acted well upon the film with its whooping collection even before the release. Talented actress Radhika Apte will be seen as the female lead of the film. Directed by Pa Ranjith, ‘Kabali’ is the story of a gangster who rises from rags to riches. The glimpse of the film has already reached the mark of 20 million views. ‘Kabali’ is scheduled for July 1st, 2016 release.[/tps_footer]