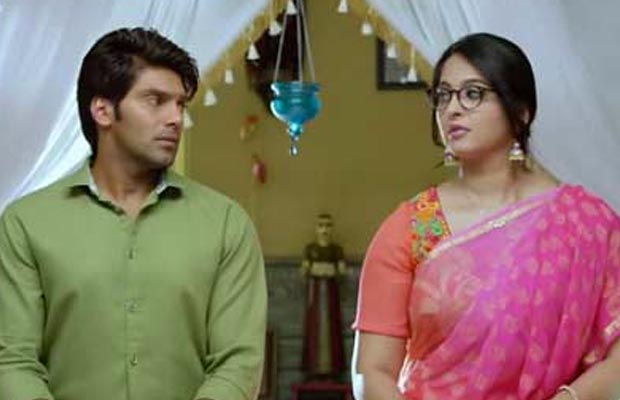 Anushka Shetty‘s upcoming movie ‘Size Zero’ (Inji Iduppazhagi) is going to be the ultimate star studded affair with cameos from famous south stars. The filmmakers had already revealed that actors Jiiva and Hansika were all set to make special appearances in the film. Now with the latest buzz it seems like more than seven A-list celebrities will be making a cameo in the movie. Can you take a guess of the entire list? Read on to find out!

Reportedly, a source close to the unit has revealed the entire list of cameos set for ‘Size Zero’. Apparently Nagarjuna, Rana Daggubati, Bobby Simhaa, Kajal Aggarwal, Tamannaah, Sri Divya and Revathy are some of the stars who happily nodded yes for a cameo. All these actors are either friends with the lead stars Anushka and Arya, or have come aboard simply believing in the message the film is sending across to the audiences.

‘Size Zero’ has surely become one of the most anticipated films already and now with these many cameos from South superstars, the excitement has touched sky-high! The film will inspire many people to strive hard to make a difference, not to impress anyone else, but to gain self confidence as well as take a step towards better health. Anushka Shetty’s comic timing in the film is commendable while her sweet expressions and smile will touch your heart too.

‘Size Zero’ has a star studded cast of Anushka Shetty, Arya, Malayalam actress Urvashi and actor Prakash Raj. The film also has two Bollywood faces, Sonal Chauhan and Esha Gupta. ‘Size Zero’ has been directed by Prakash Kovelamudi and produced by Prasad V Potluri. Anushka Shetty is all set to charm the audience with ‘Size Zero’ that releases on November 27, 2015. The film is a bilingual one and it’s Tamil version titled ‘Inji Iduppazhagi’ will also be releasing on the same date.