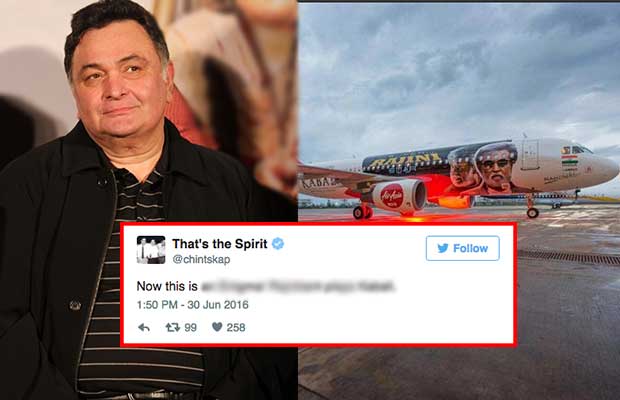 [tps_footer]Rajinikanth has broken all the records in Indian cinema now with his ‘Kabali’ plane. The superstar of the film world has taken a new route for his upcoming film. For the first time, an aircraft is dedicated to a movie. AirAsia India is the official airline partner of Rajinikanth starrer ‘Kabali’.

The aircraft is filled with posters of the film and Rajinikanth’s starry image. The stated strategy has shocked all the fans in the country. Moreover, the plane will fly across Rajinikanth fans from Bengaluru to Chennai so that they can watch the first-day first show of the film.

The social networking sites are filled with comments and opinions for this ‘Kabali’ themed plane. Veteran actor Rishi Kapoor who always has an opinion ready for anything trending has also commented something for the same. The frank star who is very active on the micro-blogging site Twitter has tweeted, “Now this is an Enigma! Rajnikant plays Kabali.” 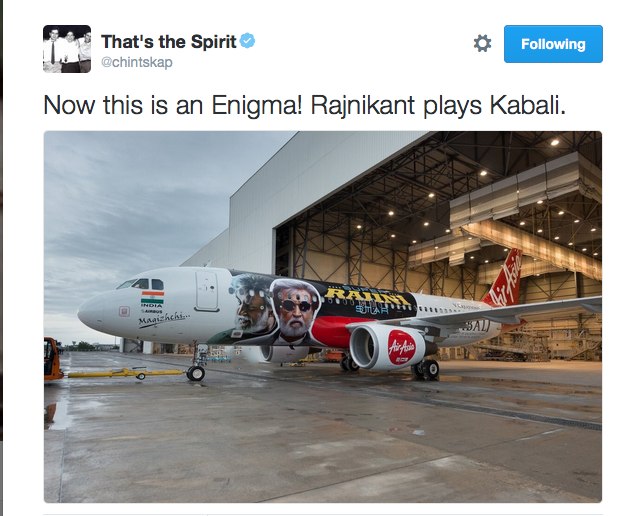 ‘Kabali’ is one of the most anticipated films of the year. Rajinikanth will play the role of a don in the movie. The film is directed by Pa Ranjith. The movie stars actress Radhika Apte in a lead female role opposite Rajni. The film was scheduled to hit the screens on July 15, 2016, but reports state that the release date might be pushed to July 22nd, 2016.[/tps_footer]