Among the leaked pictures, a cozy picture of Anirudh and Andrea has raised many eyebrows. While tweeting out Dhanush picture, Suchitra wrote, ‘So before you toll me #Dhanush fans, look at your hero Leelai’s. Wait, more shocker to come.’ However, she deleted all her recent controversial Twitter posts for reasons known to her.

The controversial pictures have gone viral on the social media and have caught everyone’s attention. This time, Baahubali star Rana Daggubati and South heroine Trisha’s intimate picture has made its way. 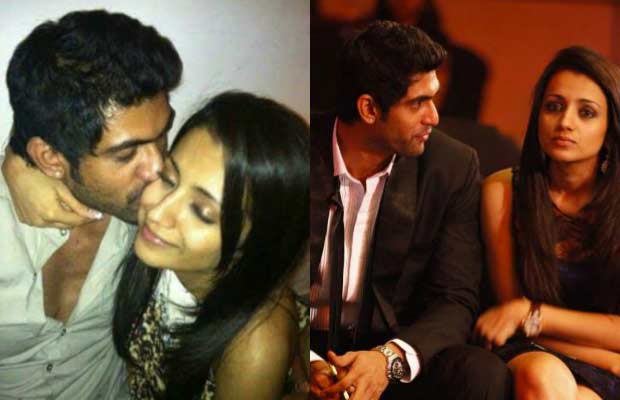 Singer Suchitra had immediately deleted all the pictures from her social media account yesterday. She clarified that her account was hacked. In no time, the pictures had already gone viral and twitterati slammed her for doing this. 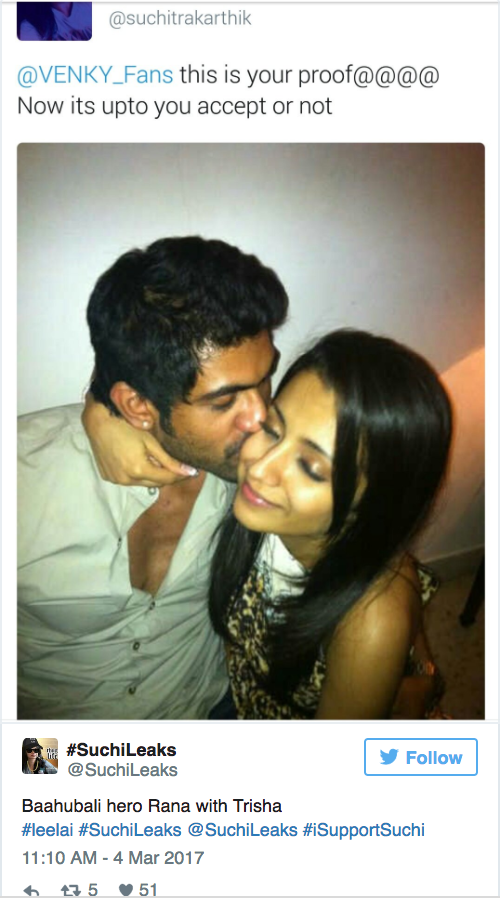 A day after the shocking incident, one more picture has gone viral today. This makes everyone wonder who the culprit is. The latest leaked photo sees Rana Daggubati planting a kiss on Trisha‘s cheeks. Reportedly, the two were dating each other long back, the picture is from the time when they were together. Now, who should be blamed for this leaked photo?