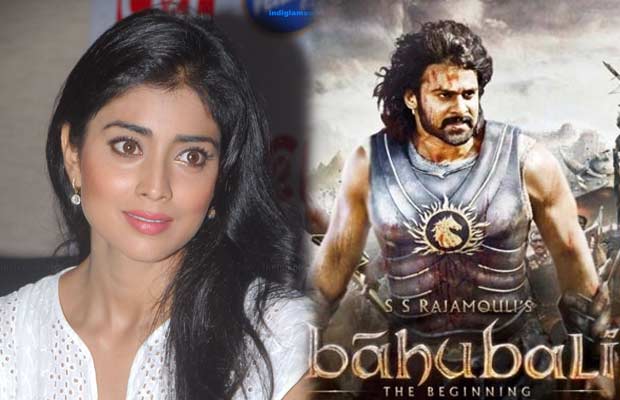 [tps_footer]Baahubali The Beginning had a star cast of Prabhas, Rana Daggubati, Anushka Shetty and Tamannaah and was successfully directed by S.S Rajamouli. After the record breaking collections at the box office and terrific critical acclaim, we have Baahubali The Conclusion coming on it’s way, which will be again directed by S.S Rajamouli and the star cast for new installment is said to consist of Prabhas, Anushka Shetty, Rana Daggubati, Sathyaraj and Ramya Krishnan. And it was said that opposite Rana Daggubati we will get to see southern siren Shriya Saran sizzling the silver screen and grab another big hit to her credit.

But right now, we have this beauty clearing all the rumours of her being part of Baahubali 2 and she shared her thoughts on the movie and it’s makers. It’s reported by a leading daily, “The actress was recently in Delhi to attend the Amazon India Fashion Week, where she walked the ramp for designer Kanika Saluja’s brand, Anaikka. During an interaction with the media, the gorgeous actress was asked if she indeed was a part of the film. To this, she said, ‘I haven’t been approached by the makers. I wish I were a part of this film, but I am not.‘”

So, now that Shriya Saran is not yet approached by the makers leaves a place for her to get approached, if the makers feel that she fits the bill. Or else which other female actors would you want in Baahubali: The Conclusion ???[/tps_footer]