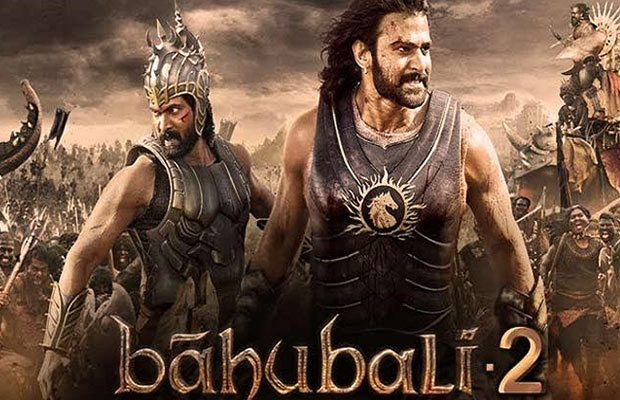 [tps_footer]‘Baahubali 2’ is already in the headlines for breaking records even before its release. The film is the sequel to the blockbuster hit ‘Baahubali’. Directed by SS Rajamouli the masses are waiting with bated breath to witness the gigantic film.  The first part of the record-breaking hit ended on a tricky note with the question- Why did Kattappa kill Baahubali?

With a humongous set and amazing performances, the film went on to win several accolades.  The sequel to the film is already on the go and the shooting has also started. The movie is currently in the stage wherein the climax is being shot.

Well, an interesting update about ‘Baahubali 2′ has now come about. Reports state that the theatrical rights of the film have been already sold for Rs.45 crore in Tamil Nadu. The buyer of the rights is not yet disclosed. With such a huge amount even before the release, ‘Baahubali’ sequel has already broken several records.

The movie has crossed the figures of ‘Kabali’ with its satellite rights. The film which features a massive war will again the star the same principle characters in its sequel. ‘Baahubali 2′ will feature actors Rana Daggubati, Anushka Shetty, Tamannaah Bhatia and Prabhas.

Well, the sequel has already gained the figure of 45 crores even before its release. ‘Baahubali 2′ is scheduled to release next year. We are now eager to see its massive box office figures![/tps_footer]