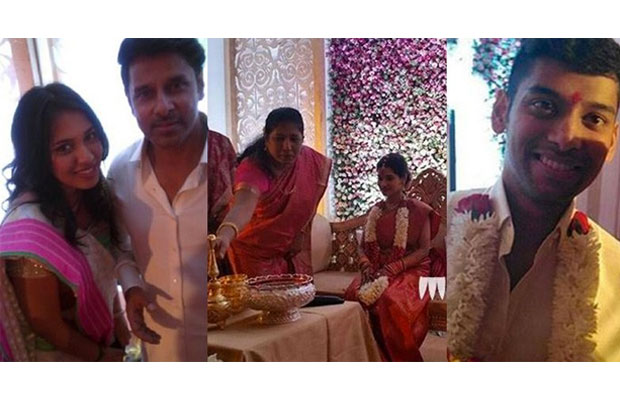 [tps_footer]Popular Tamil actor Vikram’s daughter Akshita has finally got engaged. Akshita got engaged to long term boyfriend Manu Ranjith. Manu is the great grandson of DMK head M Karunanidhi. Akshita and Manu Ranjith were dating each other since several years and finally the two decided to take the next step.

Manu Ranjith is the son of businessman Ranganathan who is known for owning the Cavin Kare in Chennai. The engagement ceremony between the two posh families was a closed affair. Only close friends and family members were invited to the occasion.

The two love birds who were in love since a long time took the consent of their parents before deciding to get hitched. The marriage date is not yet fixed but it is assumed to be around next year.

Akshita’s father Vikram is one of the most popular stars of the Tamil industry. The actor is known for his films ‘Iru Murugan’, ‘Ravana’ etc. The superstar also has a son named Dhruv. 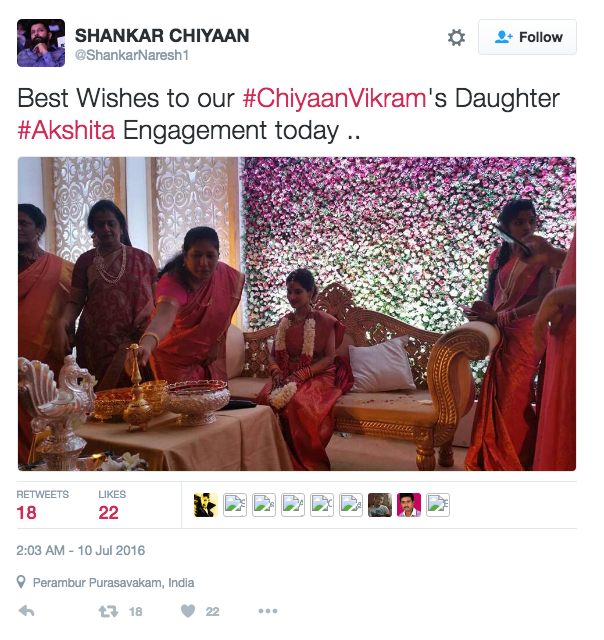 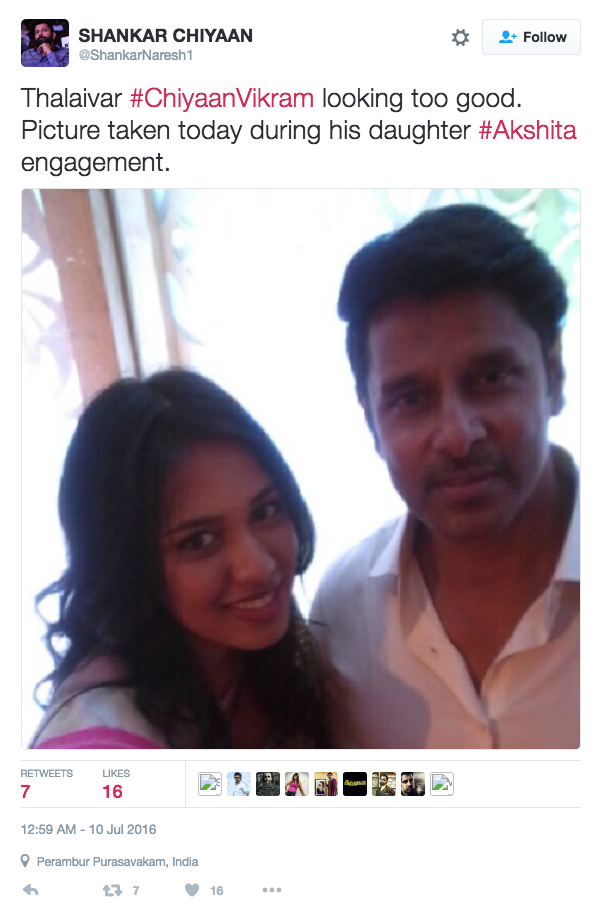 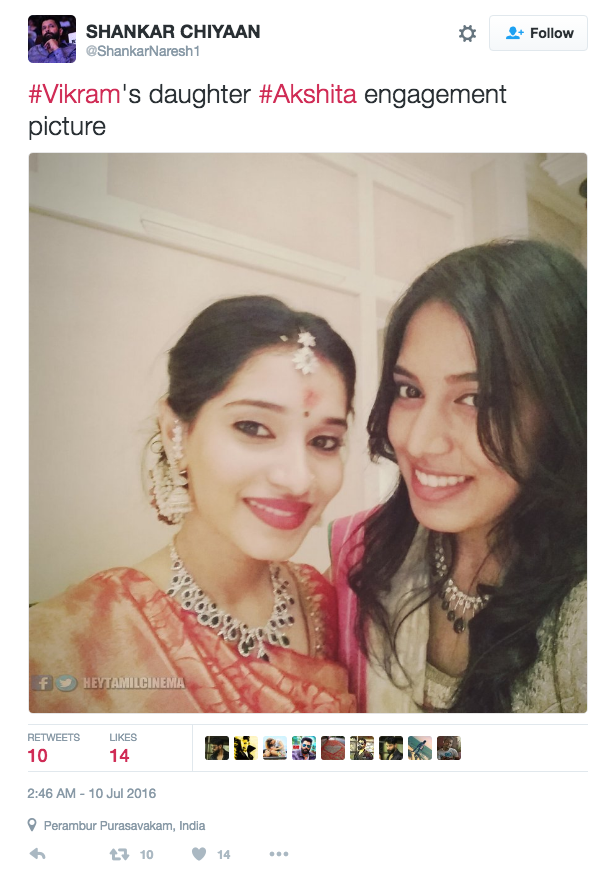 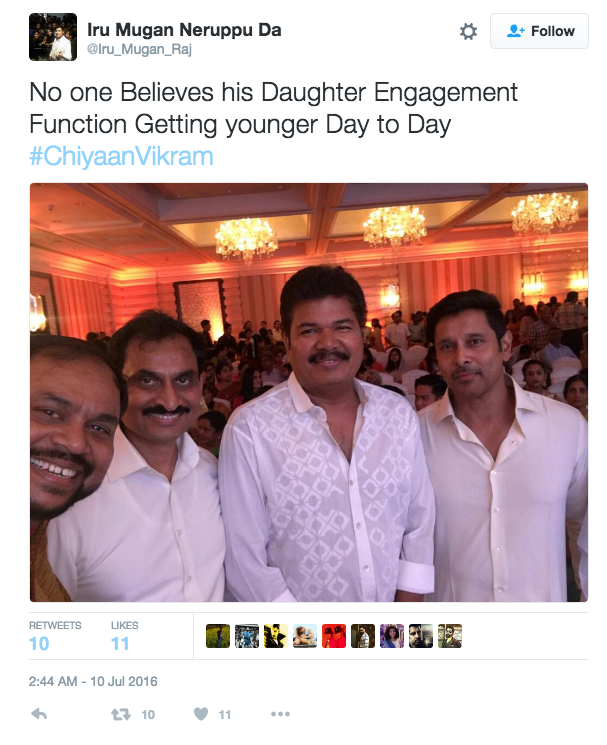 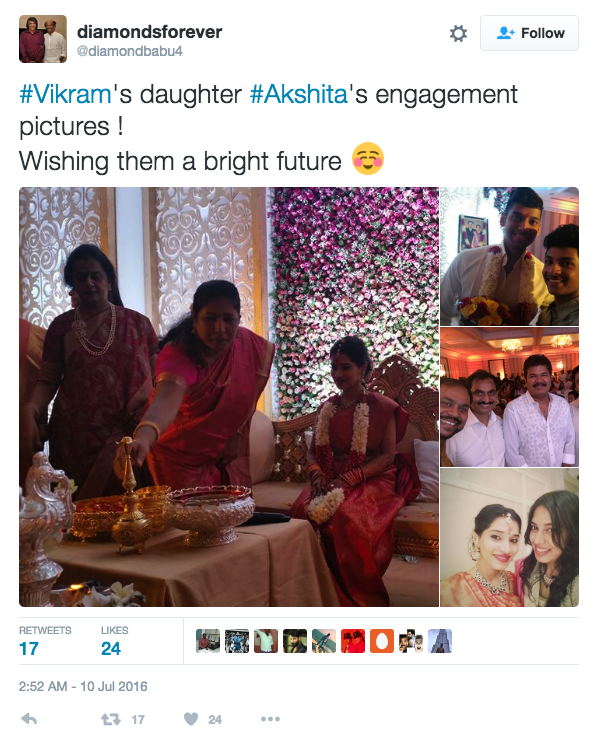 It is being said that after a low key engagement ceremony the wedding will be a grand affair. We wish the couple congratulations![/tps_footer]