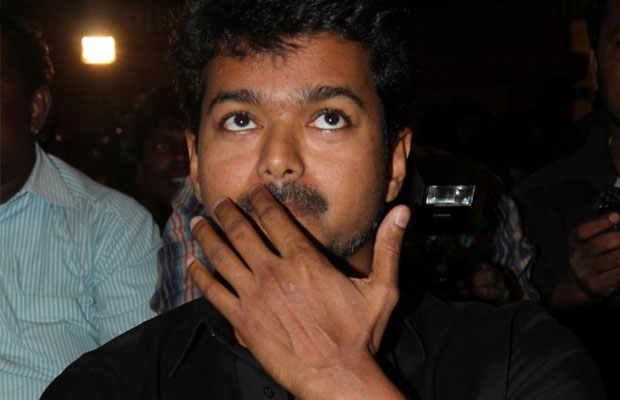 Tamil star Vijay has finally opened up about the recent tax evasion controversy that stated that the actor has been evading tax since the past five years. The actor stated that all the allegations are baseless and untrue, and that he has been paying all his taxes systematically every year. Although the tax officials do not seem to share the same opinion with the actor. Vijay has however stated that he is trying to clear the air with the Income Tax department.

Vijay broke his silence on this matter on Tuesday and stated that he has submitted the details of his income and assets particulars to the authorities until the current financial year. He added that he has also paid all the wealth tax, professional tax etc. Although according to reports IT officials are claiming that the actor has in fact evaded tax and that they will soon be coming up with its final report. Now only time will tell what the reality of his complicated matter is.

Also Read: Here’s What Rajinikanth Has To Say About Vijay’s Puli

Reportedly, actresses Nayantara and Samantha Prabhu are also few of the stars whose houses were raided by IT department. A total of 32 places have been simultaneously raided in Tamil Nadu as well as Kerala and Hyderabad. Along with his personal property, the houses of the producers of ‘Puli’ were also raided during this search. Producers of the film are Sibu Thameens and PT Selvakumar.

A sum of around 25 crores has been evaded altogether by all the people whose houses were raided. The officials further added that cash amounting to Rs.2 crore and gold worth Rs.2 crore was recovered and that both the actresses have also been evading tax since two years. This news certainly comes as a shock to all Vijay fans who have always believed in the actor’s truthfulness. No comments have been made by actors other than Vijay, whose houses were raided.