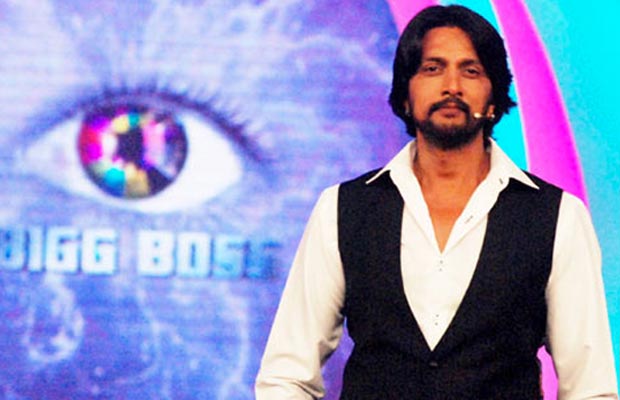 Kannada star Kichcha Sudeep is all set to dazzle his fans with a new Kannada Bigg Boss season, much like everyone’s favourite host Salman Khan. The third season of Kannada Bigg Boss is in the making and superstar Kichcha Sudeep will be hosting the same this year once again. The actor revealed the same a few days ago, and now an interesting promo for the same has been revealed by the channel. Sudeep looks handsome and dashing, much like our Hindi Bigg Boss host Salman Khan.

The ‘Puli’ actor wrote on Twitter, “Shot 15 hrs continuous fr BB3..Fabulous energy, fantabulous team wrk n Interesting contestants..Mind needs lil rest nw n Legs r demanding it.” Well being a host of such a popular show can get the best of you sometimes, as the actors have to spend hours and hours on set for the same. Currently the ninth season of Hindi Bigg Boss with the theme of ‘Double Trouble’ is ongoing, where we see Salman Khan as the dashing host.

Kichcha Sudeep‘s short promo video is appealing to the core. The actor can be seen looking dashing in a casual tee and jeans with jacket attire, acting like he’s an architect. Sudeep can be heard discussing what the new Bigg Boss 3 Kannada house is going to be like. The actor has hosted the previous two series of the show as well and is more than excited to be back on sets shooting for the same. He further tweeted, “I’m sure its nostalgic time fr th Contestants of th previous two seasons. Every moment n magic wil be recollected n probably wan to b relived”

The actor also stated that Bigg Boss is a wonderful journey that he is glad to be a part of once again. Apparently the actor has signed a deal with the show makers to host five consecutive seasons. The show recently aired on October 25, 2015 and is receiving great response from the audiences. Well are you excited to see Kichcha Sudeep as your host once again?