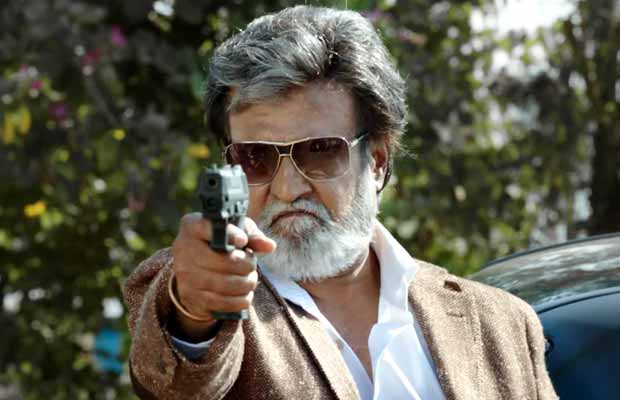 [tps_footer]Rajinikanth will yet again flaunt his versatility in the film ‘Kabali’. The much-awaited film has finally released its first official teaser. The teaser sees Rajinikanth in a never seen before avatar. The entertainment filled short glimpse promises a very enchanting movie. ‘Kabali’ is one of the most talked about films of the year 2016. The movie since its announcement has been garnering loads of attention.

Rajinikanth will be essaying the role of a don in the film. The film is all the more special for all Rajini fans as it will be his 159th movie. The teaser of the film sees Rajinikanth in a suited-booted manner. The superstar looks royal in his don avatar. Ditching the clichéd versions of gangsters, Rajinikanth has opted for a new don look with a highly sophisticated style.

‘Kabali’ not only stars actress Radhika but also features Dhanshika. The movie is directed by Pa.Ranjith. ‘Kabali’ is assumed to be a thriller filled drama. Not much is known about the plot of the film. The release date of the movie is yet to be announced. After the mind blowing teaser we can hardly wait for the official trailer to release!