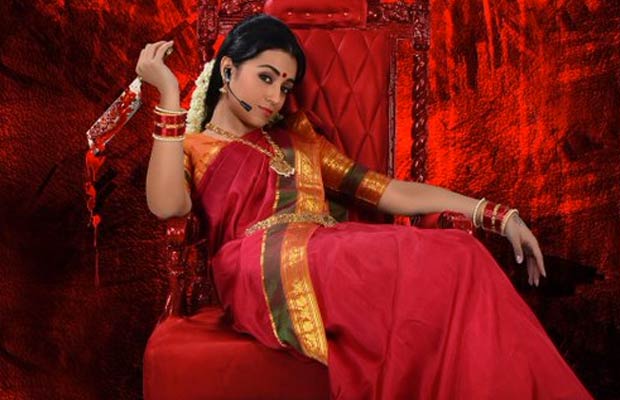 [tps_footer]Trisha is all set to don a different avatar altogether with her upcoming film ‘Nayaki’. The horror film has finally unveiled its much awaited official trailer. The actress who is always seen in ordinary roles will be seen in a new horror image. Trisha for the first time has signed a horror film. The film is directed by Goverdhan Reddy.

The scary trailer of the film is surely impressive to the core and Trisha is looking promising in her horror character. The film will be released in Telugu and Tamil. The film is entirely based on Trisha’s character. It is being said that the gorgeous actress is expanding her versatility with this film.

The trailer of ‘Nayaki’ initiates with the childhood of Trisha’s character and further depicts the haunting things in the house. Breaking the clichés of horror movies, Trisha’s character is not scary look wise and is instead sober. However, the things take a turn when unexplained events take place.

Well, the movie is not just haunting but also has a hint of laughter. Comic actor Brahmanandam is also a part of the film. The movie will be a concoction of horror and comedy. Another interesting detail about the film is that ‘Nayaki’ is based on the backdrop of the 1980s. The movie also stars Ganesh Venkatram.

The release date of the film is yet to be announced.