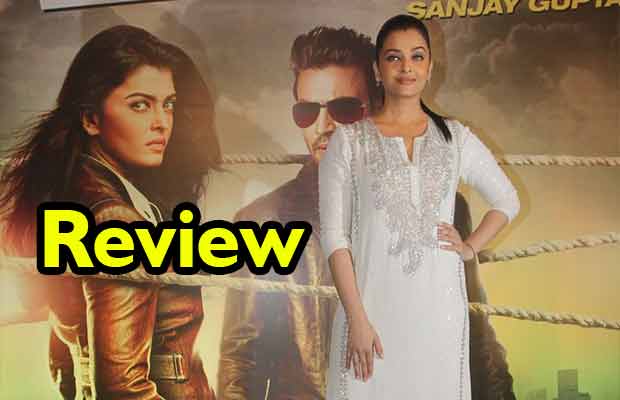 In the times of realistic films, like ‘Talvar’, connecting deeply with the audience, an 80s style suspense thriller lensed with various coloured filters is hard to digest. All of these are, however, trademark tools employed by filmmaker Sanjay Gupta who remakes the Korean film ‘Seven Days’ with Aishwarya Rai Bachchan playing Anuradha Verma, a highly successful, albeit unethical, defense lawyer whose life turns turtle when her daughter Sanaya (Sara Arjun) is kidnapped during a parent-student race on sports day.

The ransom demanded is that Anuradha ensure that a rape and murder accused does not get convicted for the crime. Anuradha immerses herself in the case hoping it will ensure the safe return of her daughter. Her childhood friend, a disgraced corrupt police officer Yohan (Irrfan) comes to her aide. Yohan and Anuradha mount the most slipshod investigation, breaking laws arbitrarily, omitting to ask basic questions and wearing impractical black jackets in the Mumbai heat.

As sincere as Rai Bachchan is as the conflicted mother, she overuses a loud voice, screeching and screaming to convey fear, anguish, desperation and any heightened emotion. In one scene, Irrfan suddenly seems to notice that his casual interpretation (and the green and yellow filters that follow him) is being overshadowed by Aishwarya’s bloodshot eyes. He kicks a few discarded storage drums in protest. It’s also the scene where he realizes he is overdressed in a shiny black jacket. Adding to the disconnect is the dialogue by Kamlesh Pandey. Each of Yohan’s lines is dripping with cynicism and shamelessly aimed at attracting frontbencher hoots and whistles.

The courtroom scenes seem comical after movies like ‘Shahid’ and ‘Court’, and the investigation is punctured with holes. Aishwarya makes a respectable comeback as the entrapped mother forced to face her own demons, and though suspended officer Irrfan’s modus operandi is weak, he brings a cheekiness to the part which is enjoyable. If only the film had not sacrificed plot and performance for the sake of style.