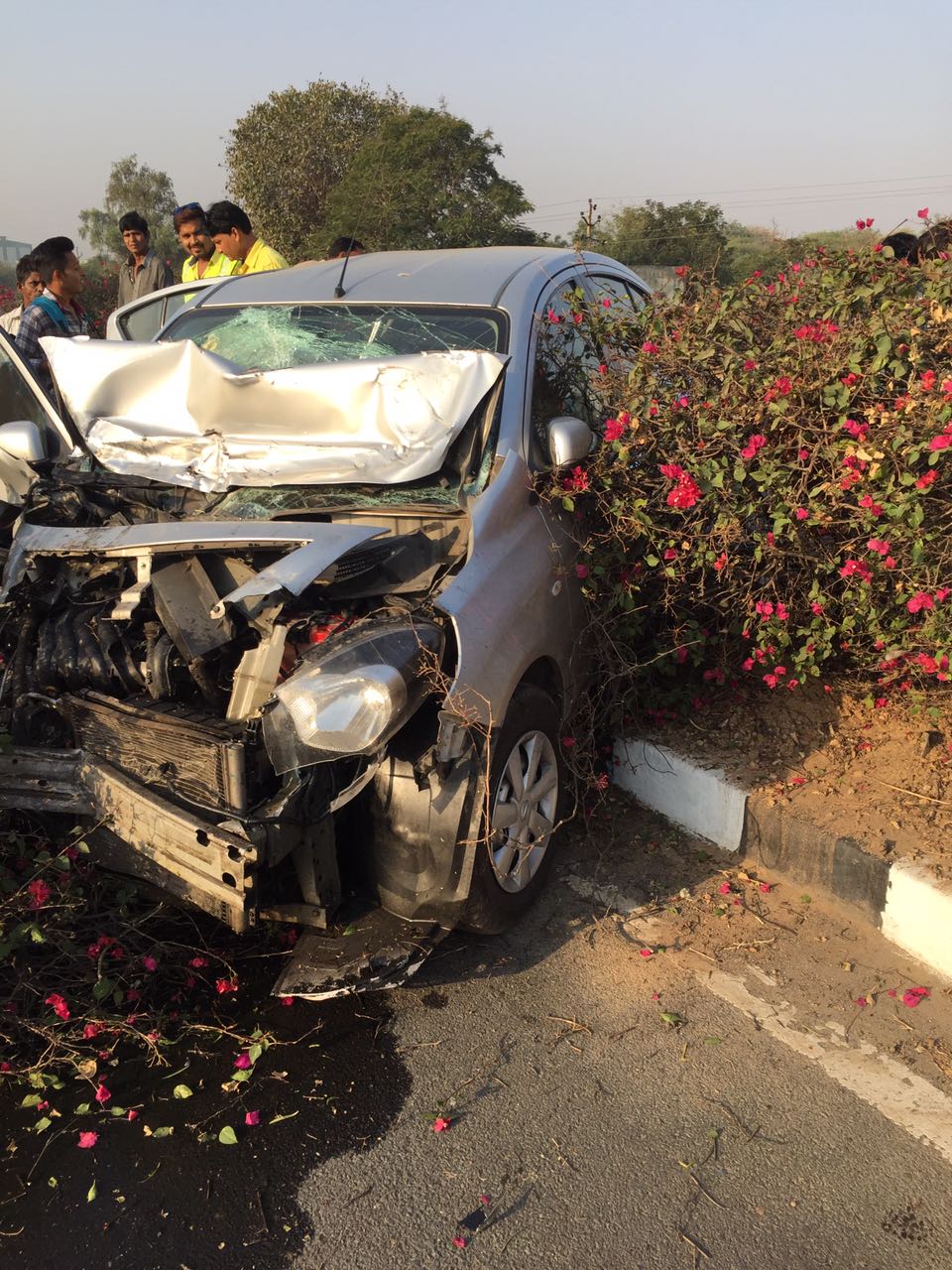 Karanvir Bohra had a near fatal accident.

Actor Karanvir Bohra, seen in Naagin 2 as Rocky Akhilesh Raheja, met with an accident yesterday early morning. He was on his way to Bhuj where he was going to shoot a song for his upcoming film Hume Tumse Pyaar Kitna.

Karanvir Bohra was accompanied by his co-star Priya Banerjee and his sister Meenakshi. Luckily they escaped with just minor injuries. He cancelled his shoot and returned to Mumbai.

Karanvir Bohra was quoted saying, “With the grace of God there are no injuries except for a slight back pain due to the sudden jerk. A speeding truck was coming from the wrong side and we managed to swerve to the right on to the pavement in an attempt to avoid the truck and hit a lamppost. The speed of the car was roughly 90-95 kms/hr, as I had asked my driver to not drive above 100kms/hr. Maybe for 50 meters we kept driving on the pavement. The car is completely smashed and it’s a miracle we survived. We were actually going to shoot just the title track of the movie and that is all that is left for the film to complete.”

Karanvir Bohra spoke about his movie saying,” It’s tribute to Sonia and Rajiv Ji’s love story, but it is fiction. Neither does it have any political agenda nor is it an attempt to grab eyeballs. It is a simple story which is made to create a different content for the audience. It is a tribute to love & peace worldwide. This is one such product, may be few year ago it would have been difficult to take such step. But now, thanks to the growing reach of the internet, it is easy to showcase one’s creativity so I took this step. I’ve always been fascinated with classic love stories of the 50’s and the 60’s. They don’t write such stories or make such movies anymore.”

Karanvir Bohra plans on resuming his shoot from next week. We wish him a speedy recovery.