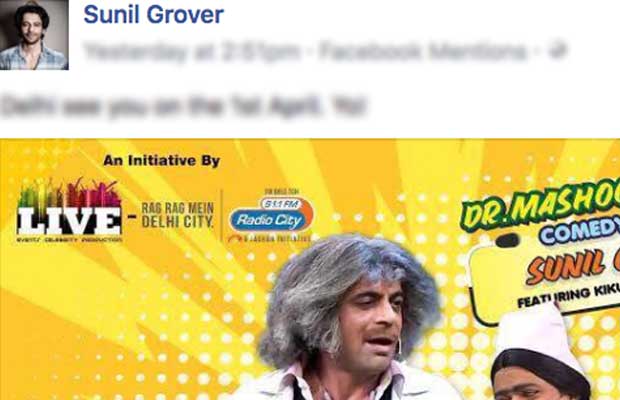 Much has been said about Kapil Sharma-Sunil Grover spat!

Sunil Grover has also allegedly quit The Kapil Sharma Show. However, Sunil has announced his next show in Delhi with Kiku Sharda.

Sunil will be playing the character of Dr Mashoor Gulati with Bumper Kiku Sharda. The duo along with other artists will put up a live show on April 01, 2017.

Sunil Grover shared the poster on his Facebook page. The poster sees Sunil portraying the character of Dr Mashoor and Kiku as a nurse. He captioned it, “Delhi see you on the 1st April. Yo!” 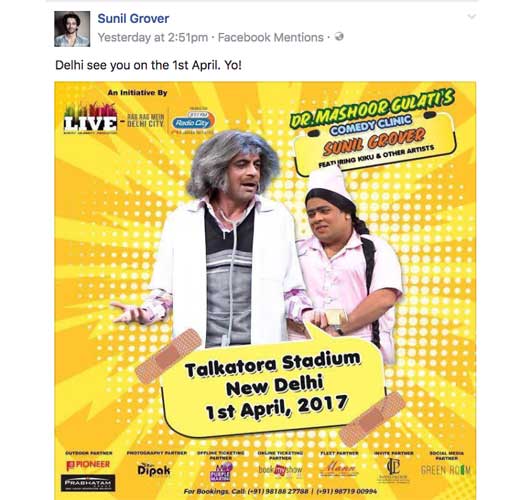