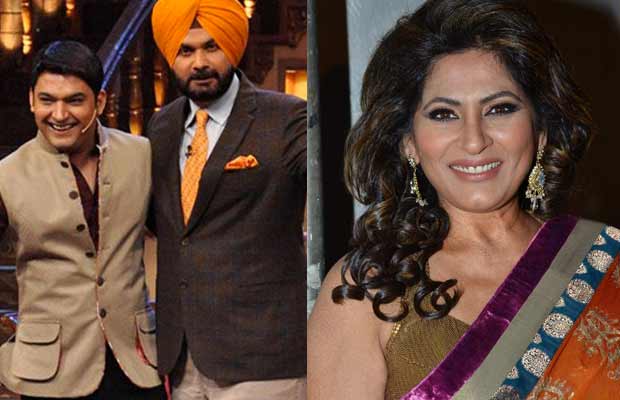 Kapil Sharma is hitting headlines for all the wrong reasons. Post mid-air fight with Sunil Grover, things are not turning the right way for the comedian star. Lately, Sony TV channel renewed Kapil Sharma’s contract and it was all celebration for the king of comedy. Just when things had started getting back on the track for the comedian turned actor, reportedly Kapil Sharma made Navjot Singh Sidhu upset with his actions.

An entertainment website reported that after Navjot Singh Sidhu didn’t show up for the shooting of the show citing ill health, after which, Kapil Sharma thought of replacing the cricketer turned politician by Archana Puran Singh. Sidhu, who is apparently not too fond of Singh, got into an argument with Kapil Sharma on a phone call. Sidhu issued an ultimatum about not allowing anyone to hold his place.

Despite Sidhu not wanting Archana to take his chair on the show, Kapil Sharma called her for yet another episode. The first episode with Archana was shot on Sunday with Arjun Rampal as the guest for the promotions of his upcoming film, Daddy.

Well, neither Kapil nor Sidhu have yet spoken about the speculation regarding their rift. However, Archana Puran Singh has confirmed that she has been replaced for few episodes.

Singh has said that she is part of Kapil’s show for the near future. “It feels weird sitting on Sidhu ji’s chair as we all are so used to seeing him on this throne. Kapil called me the same day of the shoot and I couldn’t say no to an old friend as we go back a long way,” she said in a statement to IANS.

“I’m here only for a few episodes, once Sidhu ji is fit and fine, he will take over his throne. I will miss the show when he comes back and I’ll always be waiting for Kapil to call me to come again on this show,” she added.

Well, we hope all’s well between Sidhu and Kapil and the two might have sorted the misunderstanding. Will Kapil take a dig at this episode in his upcoming episode?