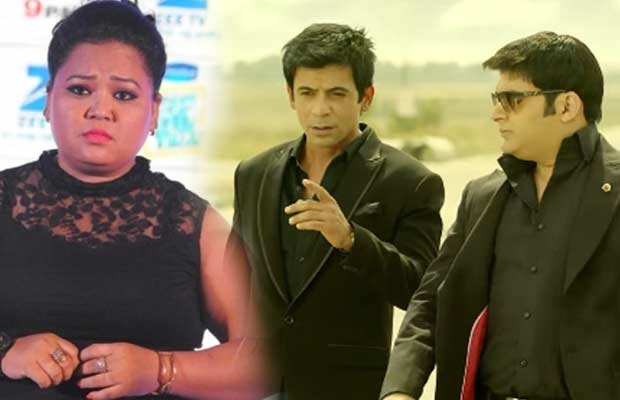 The Kapil Sharma-Sunil Grover spat is just getting muckier by the day. After rival Krushna Abhishek’s comment, Bharti Singh too reacted at the issue.

She was heard telling Hindustan Times, “I have heard about their fight but can’t comment much on the whole issue before I speak with them individually. Personally, I know them too well to call them up and ask what actually happened. Kapil Sharma ji is my teacher. Without him I wouldn’t have been where I am today. For the last six-seven years, I’ve been really good friends with Sunil too. I’ve enjoyed working with both of them. I love them a lot. I hope everything gets sorted soon.”

When asked about reports that the two might never work together again, Bharti further added, “Both of them are very chilled out. I felt really bad when I heard the news of them planning to part ways. And honestly, I don’t want them to. I know they are good friends and together they have given such a hit show. I have a feeling that things will soon be alright between them and they will work together again.”